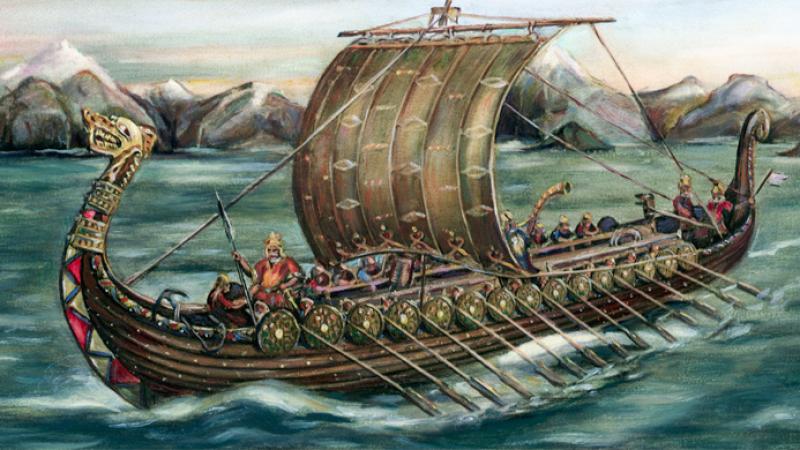 The Vikings brought leprosy to Ireland, new research led by Queen’s University Belfast, the University of Surrey and the University of Southampton suggests.   This finding is significant as little is known about leprosy in Medieval Ireland. The discovery adds to the growing body of information about the evolution and spread of leprosy in the past.   The results of the research study suggest that a previously overlooked aspect of the Viking legacy was the introduction of leprosy to Ireland.  Funded by the British Academy, the study focused on five cases of probable leprosy which were identified in human skeletal remains excavated from burials in Ireland. Three of the individuals were from a cemetery in Dublin and two came from County Kildare and County Antrim.  Professor Eileen Murphy, from the School of Natural and Built Environment at Queen’s University Belfast said: “Relatively little is known of leprosy in Medieval Ireland. As an island located at the far west of Europe, it has the potential to provide interesting insights about the historical origin of the disease.    “Ireland is of particular interest in the history of leprosy as it was never part of the Roman world nor underwent any significant occupation by later Anglo-Saxon settlers.”  Genetic investigations, also known as genotyping, were carried out on the leprosy bacterium (M. leprae) strains in two of the Dublin individuals.    "The strains, which were dated from the early 10th century through to the 13th century, revealed that the individuals had been affected by two different strains of leprosy."
ADVERTISEMENT - CONTINUE READING BELOW