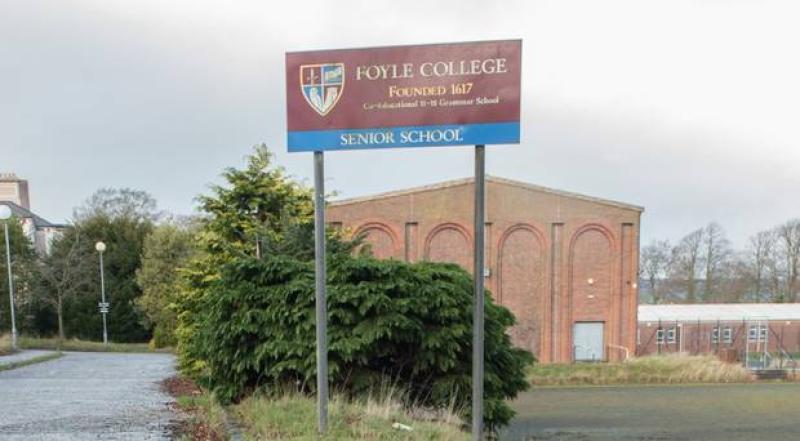 The Ulster University Vice Chancellor has been urged to make available newly acquired lands at the old Foyle College for student parking in order to ease congestion in the Duncreggan area. SDLP MLA Mark H. Durkan has written to UU Vice Chancellor Paddy Nixon following the announcement that former Foyle College lands at both Duncreggan Road and playing fields opposite the junior school on the Northland Road have been purchased with a view to expanding the Magee campus. Residents of Duncreggan Road and the surrounding Rosemount area have been outspoken about the need for extra parking provision.  In their view students are the main source of the problem with some of them abandoning cars at dangerous junctions and blocking residents out of their own homes. In his letter to Mr Nixon, the SDLP MLA said: “I was very pleased to be informed about Ulster University’s purchase of the old Foyle College site(s) as this clearly demonstrates a commitment from UU to Derry and a desire to grow here. “I know it is very early days and will not, therefore, badger you with questions about planned future use of these sites - although I am aware of the proposed development of the playing fields. However, in terms of the immediate future, I would be grateful if consideration could be given to the opening of the Duncreggan Road site to facilitate car-parking for students and staff. “Historically, residents in and around the Magee area have suffered difficulty as the result of inconsiderate and prolonged parking of, although not exclusively, University users. The provision of free car-parking on this newly acquire site may go some way to alleviating these problems.” At the weekend, Ulster University confirmed the purchase of the Foyle College lands in Derry which marked a significant step in the right direction by securing lands for future development. It was expected that Ulster University would buy lands at the Duncreggan Road site when Foyle College relocated to its £23.5m Limavady Road site last year, however, negotiations were prolonged. The local community and politicians are optimistic that this will pave the way for long-awaited expansion at the Magee Campus which has seen a drop in student numbers, and courses cut in recent years, rather than growth. In a statement to the Derry News at the weekend an Ulster University spokesperson said: “Ulster University has completed its purchase of the Foyle College lands, marking a milestone in the development and expansion opportunities for Magee campus. “The purchase follows the opening last year of the £11m state-of-the-art teaching centre at the heart of the Magee campus, which has already enhanced the vibrancy of campus life and paved the way for enhanced future capacity at Magee. “Options for the Foyle College lands will now be explored in line with the University’s plans for growth of the Magee campus and its wider estates strategy.”
ADVERTISEMENT - CONTINUE READING BELOW