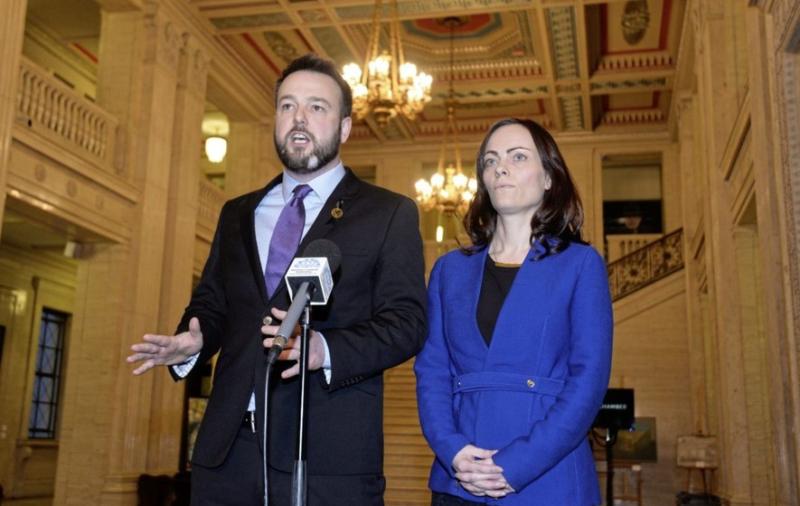 Details have emerged of the discussion points for this weekend’s SDLP Special Conference in Newry as leader Colum Eastwood attempts to sell the mooted link-up with Fianna Fail to his elected representatives and wider party membership.

An internal SDLP memo obtained by the Derry News says that the rationale for seeking change began with the party no longer having any representatives at Westminster.

The invitation to attend from Mr Eastwood and SDLP Deputy Leader Nicola Mallon to event this Saturday (February 9) at the Canal Court Hotel In Newry opens by saying: “When we lost our three outstanding MPs at the last general election, we knew as a party we had to change. From that moment as a leadership team we set ourselves the task of finding a way forward. A way forward not just for our party to gain power for the sake of it, but because we know that our communities are being neglected by the disgraceful behaviour of our political opponents.

“Crucially, we know that we need political power to change that, to deliver real change for real people.

“It is now two years since the collapse of the Assembly and, right now, these islands are facing into the defining issue of Brexit. As change engulfs both Ireland and Britain, people in Northern Ireland have been offered pointless protest rather than real, mature political leadership which can actually deliver for our families, businesses, farmers and communities.

“In this vacuum the North is voiceless, our politics is powerless and our people have been left with no say in their future.

“No serious or responsible political leader or party can allow that situation to continue. That was the basis for the discussions around a reimagined all island partnership which we are now bringing to you to make a decision on.”

Those wishing to attend this weekend’s SDLP Special Conference have also been asked to register their interest by this Wednesday (February 6) and also pay a charge in advance. Elected representatives, party managers and delegates are being asked to pay £10 whilst ordinary party members are being charged £5.

The document also reiterates the contents of the recently publicly announced future link-up with the SDLP and Fianna Fail under the themes of Politics That Works; Better Public Services and Uniting Ireland’s People.

The document concludes by stating: “We know this is ambitious and we know change can be difficult, but we believe that this is the way forward not just for our party but for all our peoples and for our country.

“People have been let down and we have been without power for too long. Let us be ambitious, let us get back to power and let us use that to change people’s lives, because that is the SDLP way, that is at the core of our values and that has always been our vision.”