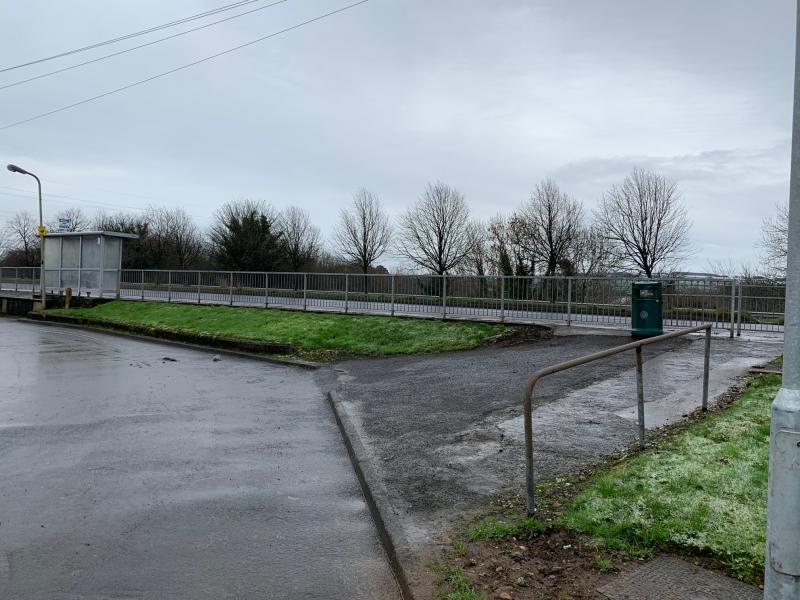 The Northern Ireland Housing Executive (NIHE) has moved to allay the fears of residents of a street in Maydown that works at a grass verge in the area will not restrict their access to public transport.

Concerns have been expressed by residents at Enagh Crescent that apparent plans to block a pathway at the edge of the street would mean elderly residents would face a long roundabout trip to a nearby bus stop. There are also concerns that any lengthening of the grass verge there would also restrict the ability of motorists to turn their vehicles around.

Martin McCartney, Chair of Maydown Community Association told the Derry News: “I live at Enagh Crescent and the front row of houses there is a cul-de-sac.

“So, those who have cars there use this area as a turning point otherwise you have to reverse out. There was no consultation from the NIHE on the decision to grass this area over. “It is something that would impact on the people in the immediate area. This also leads up to a bus stop on the main road. There are a lot of older people on the site and they would have to go a considerable distance right around the area to get to the bus stop if the pathway is covered over.

“This would make it a lot more dangerous for them. The pathway already there is really their only point of access to public transport.”

Independent Unionist Councillor for the area Maurice Devenney said that it was his belief that the pathway to the public transport stop must be preserved.

“This path at Enagh Crescent allows people in and out of the area. I’d like to know if NIHE plan to take it away. In the end it could also cause damage to people’s cars if they have to reverse in and out. If anything this pathway should be upgraded to allow easier access to the main road.”

However, a spokesperson NIHE told the Derry News: “I can confirm that the Housing Executive will be carrying out minor resurfacing works in this area within the next week.

“We are reinstating the grass area that was originally there, and ensuring there are no trip hazards.

“There will be no restriction of public access, residents will still be able to access the main road from the estate.”