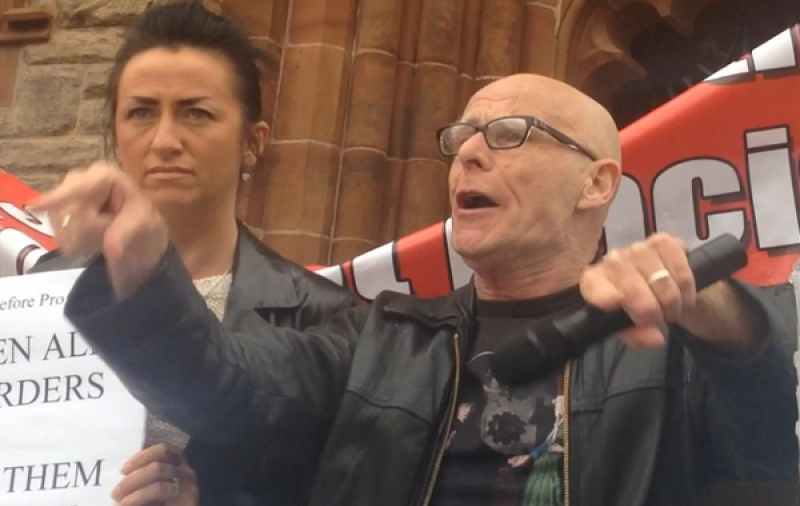 Well-known human rights activist Eamonn McCann is one of four candidates selected byh People Before Profit to contest this May's local government elections The former MLA and veteran civil rights campaigner (pictured) has been chosen to contest the Moor Ward of Derry City and Strabane District Council. The other three are - Nuala Crilly (Ballyarnett), Maeve O'Neill (Waterside) and Shaun Harkin (Foyleside). Mr McCann said: "People Before Profit is standing in the May 2nd election to give a voice to those hit hardest by welfare reforms, cuts in services, low pay and poor housing - and a political system which gives priority to differences between the communities rather than the gap between the rich and the rest of us. "Councils have limited powers. But council members can help organise resistance to austerity in communities, work-places and colleges and add weight to campaigns for equality in all aspects of life. "Fifty years after the civil rights movement, Derry still lags behind in terms of decent jobs, public investment, educational provision, air quality and much else. "Once, we could blame these ills on the bias and bad faith of the Unionist establishment. But it’s decades since Unionists ruled the roost in Derry."
ADVERTISEMENT - CONTINUE READING BELOW