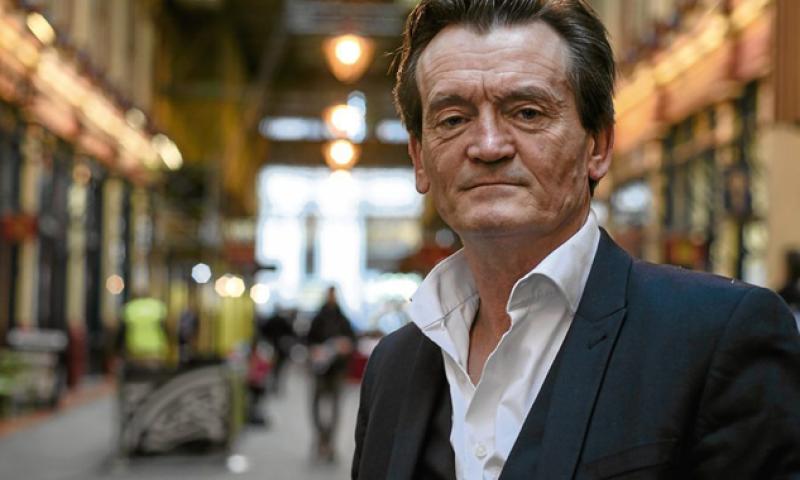 Former Understone Feargal Sharkey is to deliver the opening address at a major environmental conference - “the Gathering” - in St. Columb’s Park House in Derry this coming Saturday (February 9th.) The former Undertones frontman (pictured) has emerged as a leading environmental campaigner, particularly in relation to clean water and protection of iconic chalk streams in southern England, where he now lives. . An enthusiastic fly fisherman, Sharkey will be talking with members of the Faughan Anglers’ Association during his stay. Dr. Ciara Brennan, Environmental Law lecturer at Newcastle University, will be speaking on her thesis on the “Breakdown of Environmental Governance in NI.” Friends of the Earth director James Orr will be talking about which model of an Independent Environmental Agency we should be seeking. The Gathering will bring together environmental activists from a number of grass-roots campaigns. Among groups involved will be Action North Waste; Save Our Sperrins; anti-fracking groups; the campaign against the proposed Limavady factory pig-farm; Zero Waste NW; the rail lobby Into The West; the Faughan Anglers’ Association; Save Prehen Wood; campaigners against the use of aerobolic digestors and against the proliferation of plastic; and many more. The Gathering will run from 1.30 to five o’clock. Registration will begin at one pm. Proceedings will kick off at noon with musical pieces evoking Emigration, the Famine and the Environment by theImbolc Traditional and Music Dance Festival. Lunch will be available for purchase in the café. . A spokesperson for the organisers said: “This will be our fifth Gathering. It is becoming bigger and more representative all the time. We believe it can play a significant role in building a broad radical movement to fight on all fronts against climate change and to protect the environment.”
ADVERTISEMENT - CONTINUE READING BELOW