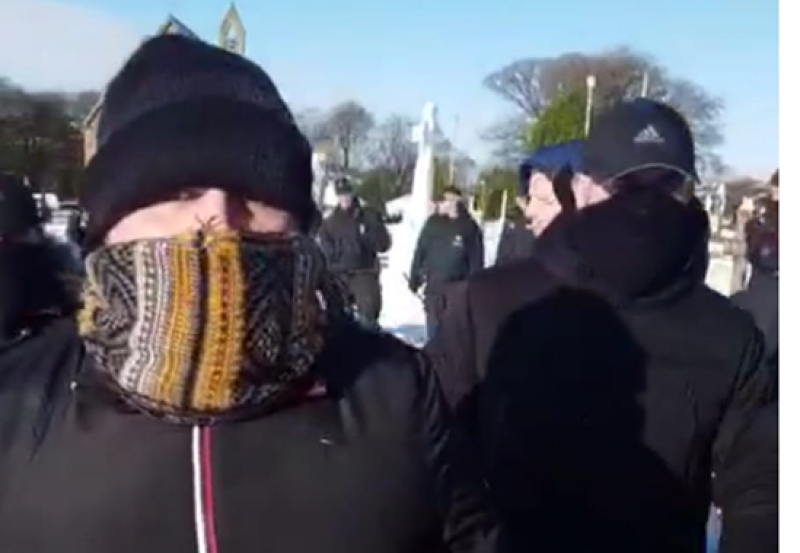 Sinn Féin MLA Caoimhe Archibald has said the party has been working to provide reassurances to the community of Park after weapons, including firearms were recovered from the local graveyard on Saturday. Police seized 'loaded shotguns, knives and acid' after 200 people gathered outside a church. The incident is understood to have been linked to a Travellers' feud. It is believed that people were searched and items seized as individuals left the Ballyarnett area of Derry city on Saturday morning. Due to prior intelligence there was a heavy police presence in the Altinure road area of Park village on Saturday, February 2, to separate the two feuding groups. The PSNI used batons on the crowd as tensions escalated, however, no arrests were made. Chief Inspector Alan Hutton said: “We were aware of community tensions in the area ahead of a planned event at a church yesterday morning. A crowd of more than 200 people gathered in the grounds of the church and we deployed sufficient officers to keep people safe and prevent disorder. “However, as tensions between two groups escalated, it was necessary for officers to intervene and use minimal force including the use of their batons, given the number of people involved. There were no reports of any injuries and no arrests were made at the time. “Following a pre-planned search of the area earlier in the morning, a number of items were seized including two loaded shotguns, a quantity of ammunition, a number of knives and blades, as well as a liquid believed to be acid. “Police enquiries into the incident are ongoing. Anyone with information is asked to contact us on the non-emergency number 101, quoting reference 278 of 2/2/19.” Alternatively, information can also be provided to the independent charity Crimestoppers on 0800 555 111 which is 100% anonymous and gives people the power to speak up and stop crime. Ms Archibald said the local community in Park were "very concerned" about the incident. She added: “They were shocked to hear weapons including two loaded shotguns and knives were recovered from a graveyard on Saturday. “There is absolutely no place for these weapons in society and particularly a place regarded by local people as sacred. “Apparently this incident is believed to connected to a feud. “Saturday’s incident could have been a lot more serious only for police action to prevent an escalation in this dispute.  “Sinn Féin party representatives have been actively involved in meetings with the police and the council in an effort to lower tensions and reassure the local community.” Photo shows the scene at Park cemetery on Saturday.
ADVERTISEMENT - CONTINUE READING BELOW