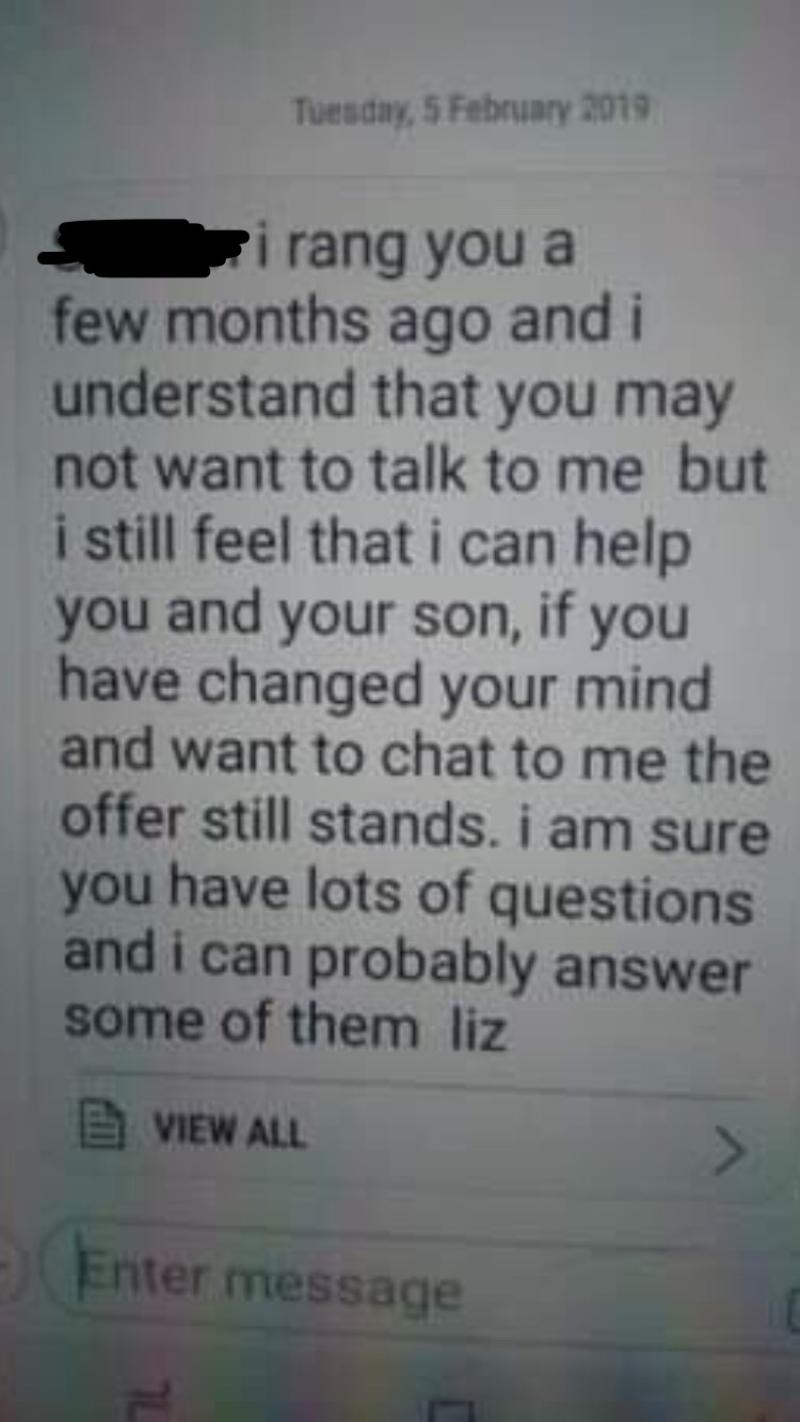 Republican party Saoradh have released an image of a mobile phone message apparently from a MI5 agent attempting to recruit a Derry woman as an informer. Spokesperson for Saoradh in Derry, Paddy Gallagher said the contact represents a further attempt to harass republicans in the city. Mr Gallagher said the mother of a republican activist in Derry received a text message from an unrecognised number on Tuesday evening. The phone message from a person calling themselves ‘liz’ stated: “I rang you a few months ago and I understand that you may not want to talk to me but I still feel that I can help you and your son, if you have changed your mind and want to chat to me the offer still stands. I am sure you have lots of questions and I can probably answer some of them.” Paddy Gallagher said Saoradh wished to highlight: “Another case of harassment by shadowy British enforcement agency, MI5, as their intent to cause harm and distress increases. “Upon reading the message, the mother of the young Saoradh member immediately realised what the message was regarding. “As the content of the message states, the Republicans mother was previously contacted by a British spy using the cover name Liz . During that brief phone call Liz requested to meet and discuss the life of the Saoradh activist. This offer was rebuffed, reported to a solicitor and highlighted by Saoradh. “A number of months later and following multiple raids on her home and detainments of her son all at the hands of Crown Forces, Liz feels like she can help . “What we have here is another attempted recruitment by shadowy forces of occupation who continue to stalk and harass Republicans and their families across the occupied six counties and further afield. These are the type of people pro establishment parties and church leaders put their trust in. We say shame on you. “We encourage anyone who finds themselves facing similar harassment or intimidation at the hands of the British State to contact a solicitor and your local Saoradh representative or call to our offices at 14 Chamberlain Street. Alternatively you can contact us via Facebook or phone us on 02871271967.”
ADVERTISEMENT - CONTINUE READING BELOW