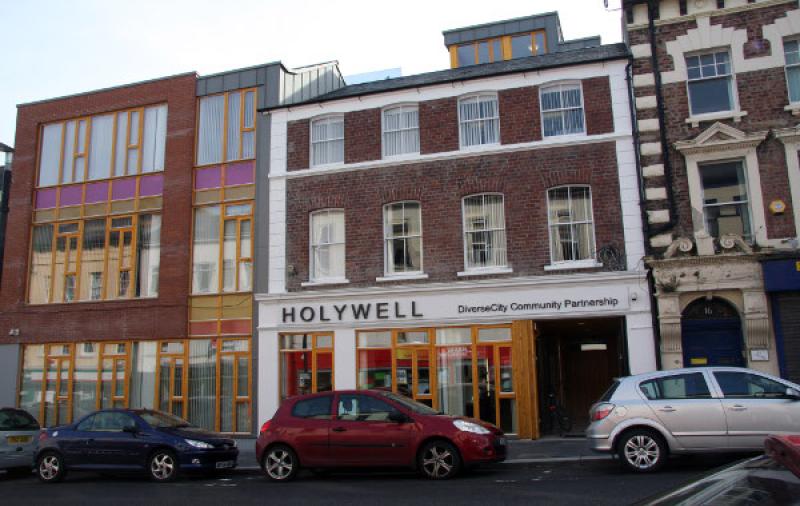 A local MLA has described as “mind boggling” the department of health’s decision to deliver £30k worth of funding to a suicide prevention service in Derry while simultaneously giving an equivalent Belfast project £480k. SDLP MLA Mark H. Durkan said it is yet another example of disparity in treatment between Derry and Belfast whereby a government department has decided to give a project in the capital sixteen times more funding than its Derry counterpart. The Derry News revealed last month that the Community Crisis intervention service in the city commenced on January 3.  The 12-month pilot service is being delivered by Extern from the Holywell Trust building on Bishop Street and is led by Derry and Strabane District Council. It provides a “safe space” for those at risk of suicide or self-harm from Thursday to Sunday when other support services may not be available. Bereaved local families, activists and organisations have been supportive of plans for an intervention service, feelings that were heightened throughout 2018 following further tragedies. At present, referrals to the service are via statutory and community and voluntary organisations such as the PSNI and Foyle Search & Rescue. The project has been part funded by the Council which contributed £40k and a range of partners including PHA through DoH transformation programme; Western Local Commissioning Group £30k; Western HSC Trust £10k; and Foyle Search and Rescue £20k. In response to questions from SDLP member Steven Edwards last December, the Permanent Secretary at the department of health Richard Pengelly disclosed that the Belfast crisis de-escalation service, being led by the Health and Social Care sector, is being fully funded through the transformation programme. “£100k has been allocated by the Department of Health to this programme in 2018/19. A further £380k is planned for allocation in 2019/20,” Mr Pengelly said. ‘Fair funding’ Mark H. Durkan has criticised discrepancies in department funding grants for Belfast and Derry suicide de-escalation services. Mr Durkan commented: “Firstly, the hard-fought efforts of local people must be praised in bringing this much needed crisis de-escalation service to the North West. The initiative will undoubtedly benefit many people here when they need it most. “I spoke to Extern NI, the charity behind the project, who have assured me that the service is ‘finding its feet’ and is currently running well.  Their dedication and hard work cannot be faulted; the staff and volunteers behind this project must be commended for the immeasurable support they have already given to people within this community.” He did however express concerns that those West of the Bann are yet again “being denied equitable funding opportunities” and questioned why the department is paying for Belfast’s service in full while in Derry a local charity is having to make up the shortfall. “In essence the department is paying virtually all of Belfast’s funding entitlement whilst only paying a fraction of the Derry service costs. “The shortfall has been picked up instead by the DCSDC, WHSCT, Local Commissioning Group and Foyle Search and Rescue. In effect, it has fallen on the head of the council to lead and fund a project for one of the biggest health problems facing this city. “Yet again Derry and the North West are being short changed. Local organisations already struggling on cash-strapped budgets are being asked to foot the bill for critical health services. They have been faced with no alternative- pay your way or do without.” He continued: “This piecemeal approach to suicide prevention funding in the North West is disparaging. If we are to maintain an effective suicide prevention service- which families here have fervently fought for- we should be afforded the same support from the Department as our counterparts. “I am meeting with the HSC board next Monday to discuss this unacceptable disparity.  The North West deserve fair funding on this vital issue.” DoH response A spokesperson for the Department of Health said: “The figure of £480,000 is incorrect for allocations in this financial year. The Belfast crisis de-escalation service has received £121k funding from the Department of Health. The Derry Community Crisis intervention service is being funded by Derry and Strabane District Council, along with a range of partners. “The Department of Health was asked for £30k funding to support this programme which has been provided towards the £130k total. “Both projects are planned to be funded until March 2020 and will be subject to internal and external evaluation with both outcomes for clients and cost effectiveness being part of the considerations. It is important to recognise that these are different models of service provision. “Funding allocations for all DoH transformation projects for 2019/20 is currently under consideration.” Please note: the pilot service operates from 8pm on Thursdays through to 8am on Sundays. If you feel in crisis and need support or if you have observed someone who is in distress, and may, come to significant harm through self-harm and suicidal behaviour please call 028 71 262 300 Should you need to contact someone urgently outside pilot service hours, please call lifeline on 0808 808 8000, the Samaritans on 116 123, or attend your local emergency department.
ADVERTISEMENT - CONTINUE READING BELOW