The Troubles: ‘Injured’ exhibition at the Guildhall to highlight pension case for 'forgotten victims' 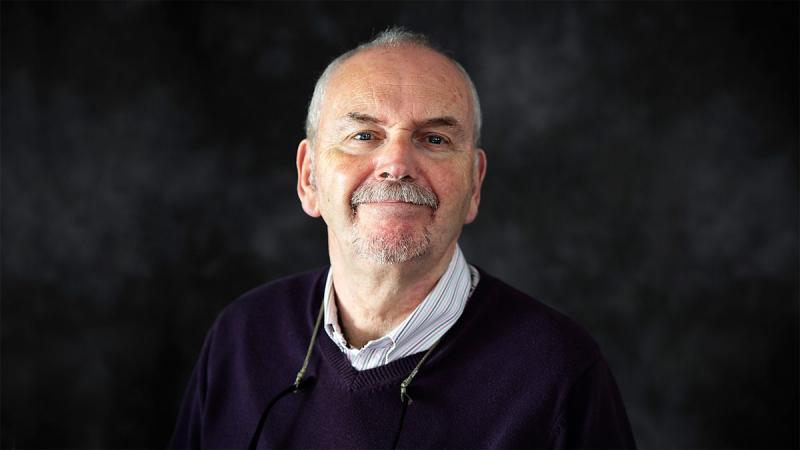 A photographic exhibition featuring ten people who suffered life-changing injuries during the Troubles will open on Wednesday (February 13) at the Guildhall.

The exhibit called ‘Injured on that Day’ is comprised of a series of powerful photos featuring members of the WAVE Injured Group.

For the past six years WAVE have campaigned for pension rights for those seriously injured in the conflict and the exhibit is directly aimed at highlighting that very issue.

It is estimated that 40,000 people were injured during the Troubles. Included in that figure are 500 people whose injuries were both life changing and life limiting.

The injuries of those to be featured in the exhibition and are representative of the type of physical damage experienced by those victims.

One of those featured in the 'Injured on that Day' exhibition is Peter Heathwood who will attend the exhibition launch in Derry on Wednesday.

Peter was 26-years-old when in 1979 a loyalist gunman barged into his Belfast home and opened fire through a door. A bullet tore through his arm, smashed several of his ribs and also severed his spine.

Adding to this devastating trauma was the fact that his father upon hearing Peter had been shot raced to his sons home. Fearing that his son was dead, Herbert Heathwood collapsed and died from a heart attack outside Peter's home.

As a result of the shooting Peter Heathwood was left paraplegic and has been unable to work in the 40 years since the dreadful attempt on his life. In addition Peter's wife Anne died at the age of 51 as the result of the trauma on the attack on him. The couple had three children together.

Mr Heathwood said that the campaign for a pension for those injured stretches has its origins in the period of Eames-Bradley Report of 2009. One of the report proposal was a one-off payment of £12,000 to those affected in the Troubles. The reports recommendations did not make any long-term provision for those who suffered lo

Mr Heathwood told the Derry News: "In the Eames-Bradley Report there was no mention of those injured. So we started campaigning then. We first went to Stormont and spoke to Sinn Fein and the DUP.

"Amongst the 500 who suffered were ten paramilitaries-six loyalists and four republicans. The DUP said that if those ten were getting compensation they would not approve it and Sinn Fein said if they weren't getting it then they wouldn't back it. So the process stalled there.

"We are a cross community group-that's our strength. We were disgusted that Northern Ireland politicians couldn't find a solution to a Northern Ireland problem. We were led to understand that the DUP and Sinn Fein wouldn't even talk to each other about the legacy issue. In saying that, I would have praise for some of the politicians who listened and were prepared to help us like the SDLP, Alliance and to a certain extent the Ulster Unionist Party.

"Their response was 'we thought you guys had been sorted out'. They were shocked to find out that we hadn't been.

"We also went to the European Commission because they have been working on a common policy for people across Europe injured by terrorism. But at the minute the only interest there is dealing with Brexit. So, at the minute it's been a series of kicks in the teeth with doors closing in our faces at political institutions."

Alan McBride lost his wife and father-in-law in the IRA bomb on the Shankill Road in 1993. Since then he has been a tireless campaigner on behalf of victims of the Troubles. He is also Co-ordinator of WAVE Trauma and will attend the launch of 'Injured on that Day' on Wednesday.

He said: "In many ways those injured during the Troubles feel that they are the forgotten victims of the conflict.

"What happened to them is not consigned to the past but is in the here and now.

"That's why this exhibition is important and the purpose of it is to give recognition to their experiences."

In May last year, Secretary of State Karen Bradley instructed the Victims Commissioner to prepare advice under the Victims and Survivors Order 2006 on finding a way forward on the pension issue. This decision was taken in the light of the continued absence of an Executive at Stormont. However, the current political crisis at Westminster does not offer little hope to victims of a speedy resolution.

Peter Heathwood continued: "The cost of this pension would be around £3 million a year. In the scheme of public money that's nothing. Plus, the fund would get smaller every year as most of us are now over 60 and are dying off.

"This is not money that is going to see us sail off to the Bahama's to live. It would work out about £100 a week. It's about letting us live independently. If the grass needs cut, or slates need fixed after a storm of painting needs done,we can't do it. Someone has to be paid to do it.

"More than the money, it's about recognition. We live with the effects of the Troubles every day. To put it in perspective their are millennial children now that don't even know the Troubles happened.

"The state owes us this. We have been across the political board at Stormont, Westminster, the European Commission and in Dublin. Nobody has said we shouldn't receive a pension, but nobody has done anything about it.

"We have an indignation about this now. We meet different groups across the country and we all feel that we receive a pat on the head and a cup of tea and that's it. I've spoken to people injured in Omagh, who have lost limbs, and they are telling us 'keep it up, we couldn't do that'.

"It's a similar story everywhere, from Derry to Newry, Coleraine, Omagh and Belfast. Those in power don't seem to want to know at the minute.

"Some of us are hopeful but I personally don't trust politicians."

The exhibit will be officially launched by Mayor of Derry City and Strabane District Council John Boyle in the Whittaker Room at 2pm this Wednesday and then will move to the Holywell Trust where it is planned that it will remain on display until the end of February.

Denis Bradley, co-author of the Eames-Bradley Report on dealing with the legacy of the Northern Ireland conflict will also speak at the launch as will other members of the WAVE Injured Group.

CAPTION: Robert Heathwood was shot in a loyalist attack in 1979.
ADVERTISEMENT - CONTINUE READING BELOW