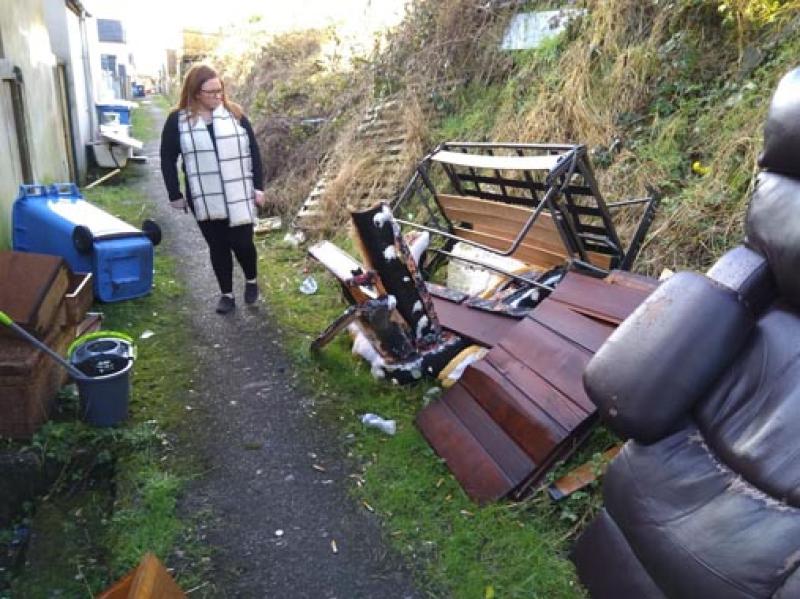 Derry householders are being called on to adopt a "commonsense approach" to tackle dumping in mews lanes in the city. The call comes from Sinn Fein Councillor Sharon Duddy who reminded householders to avail of the free bulky lift service provided by Derry City and Strabane District Council. She was speaking after being called out on three separate occasions this week alone in the Bogside after complaints of dumping in laneways. Councillor Duddy said: “Sadly the issue of dumping in local mews lanes, green spaces and a few rural roads on the outskirts of Creggan and off the Letterkenny Road seems to be a battle a day in dealing with this issue. “The rubbish being illegally dumped in these locations is nothing but a blot on the landscape and an environmental hazard. The Council and other agencies have tried everything to find a resolution to this but to no avail. “Anywhere that rubbish is being dumped there is the possibility of having rats and mice as they’re going to be attracted to the food and rubbish lying around. Cllr Duddy concluded: “There is absolutely no excuse for this to be occurring .I think householders need to know that there is a free service operated by the Council to lift bulky items and this can be done by phoning or emailing in the request . Contact details for this service can be found on the council web site." Photo shows Councillor Sharon Duddy in a laneway off the Lone Moor Road this week after complaints of dumping there.
ADVERTISEMENT - CONTINUE READING BELOW