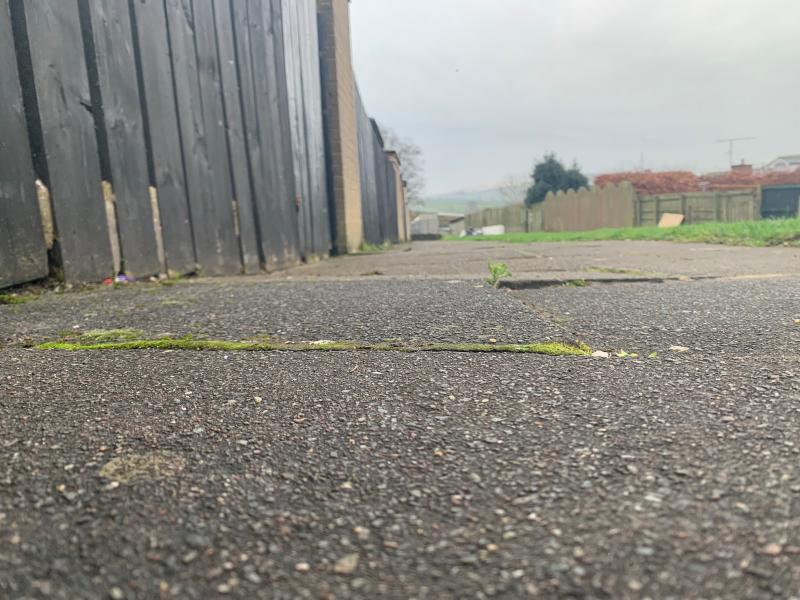 A local councillor has expressed concerns that plans to remove street lights from back alleyways throughout Derry could lead to increased incidents of anti-social behaviour and illegal dumping. In a statement to the Derry News the Department for Infrastructure (DfI) confirmed that, in line with its current lighting policy, “rear footpaths will generally not be lit”.  It also said that 300 defective lights have to be replaced throughout the council area. Independent Unionist Alderman, Maurice Devenney, believes this will be problematic and could undo the positive work of councillors who fought to have street lights installed at anti-social behaviour hotspots across the city. He commented: “During this process it has become clear that lights in back alleyways will be removed.  We as public representatives over the years have fought for alleyways to be lit up to prevent anti-social behaviour, and this prevented a lot of this type of behaviour. “I believe it is important that these lights are retained, we have a very big issue, I know community wardens and the PSNI do a good job but they are stretched to the limit, and at times it can be difficult to get them there. “These lights are also giving the public peace of mind that their alleyways are lit up and there is no skulduggery going on. “At the last full council meeting I proposed that we bring the DfI in to discuss these issues and when I raised it there were concerns from councillors across the chamber regarding this issue.” The removal of street lights has begun to cause problems in certain areas.  Ellen Feeney, from Baranailt Park in Claudy, said the DfI removed lamp posts from the rear of her property without notification at the end of December. It is part of the DfI’s drive to upgrade street lights, however, while new lamp posts were installed at the front of properties, the original lamp posts were removed to the rear which was the way many residents accessed their homes. It has made it extremely difficult for her husband, who uses a wheelchair, to access their home as the area is now cast in darkness and the footpaths are already difficult to negotiate. ‘Havoc’ Mrs Feeney said the removal of street lights from the back entrance has affected elderly residents and led to increased anti-social behaviour with youths congregating in the area to consume alcohol. “Everybody in here used the back because it’s nearer to the shops.  My husband isn’t mobile, we use a wheelchair for him and we can’t get in the back way now because it’s too dark. “Because his wheelchair is customised for him because he’s quite a big man we were able to manage it better in the back gate.  The footpaths are already dangerous because the wheelchair gets caught and can run away from you. “It’s creating havoc, we have a lot of elderly people here and a number of people who are unwell.  There are bars open nearby over the weekend which causes other problems and the smoking area is close to the houses, if there’s a row and it escalates it comes down in the back. “Young ones are also out engaging in anti-social behaviour - it means people are afraid to come out now. “It’s affecting the entire housing estate, they’re all up in arms about it, raging, and everyone has signed a petition to get this problem resolved.” 300 defective lights A DfI spokesperson explained that when replacing old street lighting systems, the Department aims to design and install new street lighting to comply with current standards and policy. “This often results in the replacement lights being installed at different locations, or lights may be removed completely if the location does not warrant renewed lighting under current policy,” he said. “The Department’s current street lighting policy states that rear footpaths will generally not be lit where there is an alternative illuminated route to the property. This policy applies to all estates across Northern Ireland where DfI Roads is responsible for street lighting. “At Baranailt Park, a footpath to the rear of the houses was originally illuminated with 6 lights.  Given that the front of these houses is illuminated the lights to the rear were removed and not replaced in line with policy. “There are currently 300 street lighting defects with our contractor for repair across the Derry/Strabane District council area.  Repair times can vary depending on the nature of the defect involved, which can range from simple repairs such as lamp replacement through to more extensive operations such as replacing a street light column and cabling following collision damage,” he added. The public can help the Department by reporting defective street lights online at www.nidirect.gov.uk/services/report-street-light-fault Photo: Damaged footpaths at Baramailt Park in Claudy - the area where anti-social youths have been gathering.
ADVERTISEMENT - CONTINUE READING BELOW