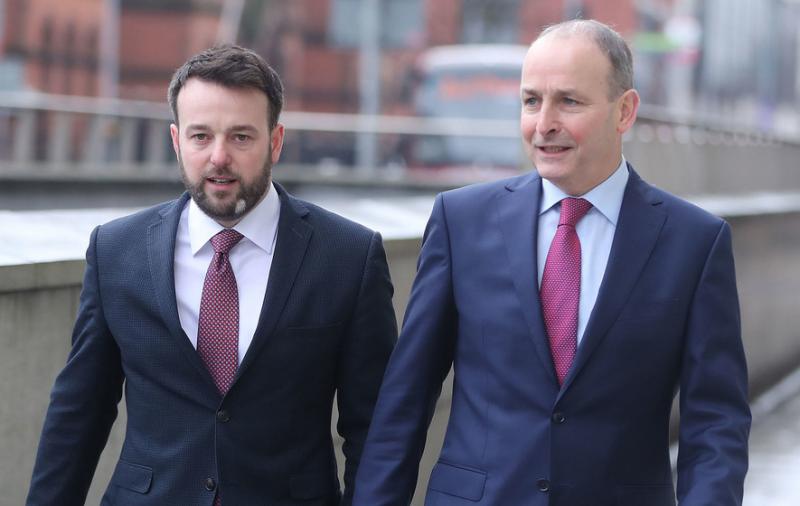 The first joint meeting between the SDLP and Fianna Fail will take place this week, it has emerged.

An email circulated to party members by SDLP leader Colum Eastwood and his deputy Nicola Mallon confirmed that the first meeting after the ratification of the partnership with Fianna Fail will take place in the next couple of days.

The communication states: “We want the membership to be aware that the first joint meeting of the SDLP and Fianna Fail Working Group will take place this week.

“We will be travelling across the North in the coming weeks to engage with you ahead of the local elections and will be delighted to update you on the progress of the partnership.

“Looking forward to seeing you soon and working together on our journey to building a New Ireland for all.”

The move comes less than a week after the SDLP Special Conference held in Newry at which 70 per cent-121 voters-approved the link-up between the party and Fianna Fail. An amendment to the proposal which wanted to the SDLP to open up links to other parties in the Republic such as Fine Gael and the Labour Party was defeated.

In the wake of the announcement the party’s Brexit Spokesperson, Claire Hanna resigned the position and also said she would not take any future part in meeting’s of the SDLP’s Assembly Group.

However, at the moment she remains as a MLA although she has effectively resigned the party whip. Ms Hanna has been publicly critical of the SDLP’s burgeoning relationship with Fianna Fail.

Whilst SDLP leader Colum Eastwood has said the door remains open for Ms Hanna, it remains unclear if she will be subjected to any disciplinary measures from the party.

And, in a nod to SDLP members who have become disgruntled by the link with Fianna Fail, the email circulated by Colum Eastwood and Nicola Mallon also states: “We understand that those who spoke against the partnership may be disappointed but we also know that you will respect the decision of party.  We want to assure all of you that there is a place for you in the SDLP.  Our values and our principles remain the same.  Our objectives of ending division, stopping poverty and fighting for fairness remain.  Change can be difficult but our door is open and we are happy to speak with anyone about how we continue together along the path to uniting our people and delivering a better future.  If you wish to arrange a meeting, please contact the Party Manager.”