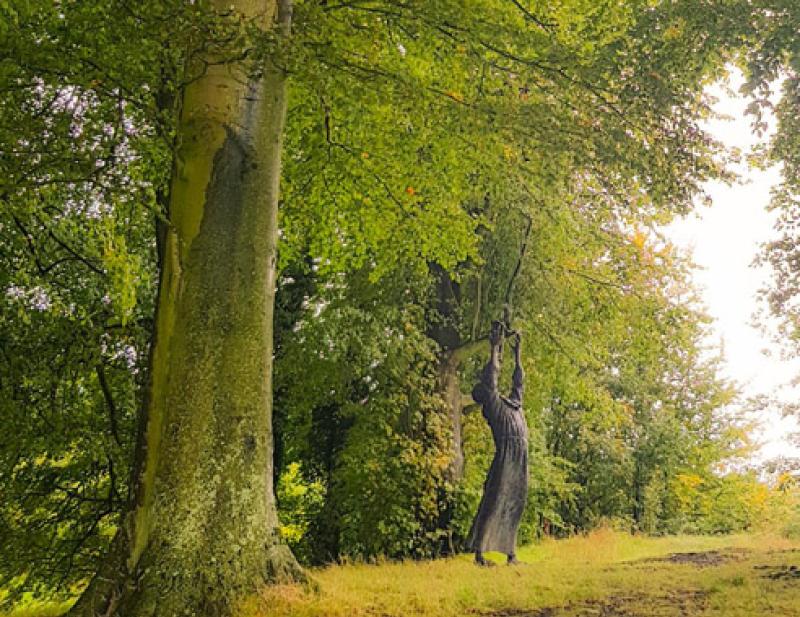 Two public meetings will be taking place in Derry & Donegal on the 26th and 27th February to discuss the findings of a recently completed Columban Heritage Audit and plans to mark the 1,500th anniversary of St. Colmcille's birth in 2020/ 21. St. Colmcille (also known as St. Columba) is one of Ireland's patron saints, a distinction he shares with St. Patrick and St. Bridget. He was born in Gartan, County Donegal in 520 (or 521). There are many sites associated with the life of the inspirational ‘Colmcille’ and also dedicated to him throughout Derry and Donegal. In 545, he founded his first monastery in Derry / Doire Cholm Cille – and in 563 set sail with twelve monks from Derry to the island of Iona in Scotland where he died in 597. Colmcille’s memory has been kept alive for a millennium and a half through folklore and literature, music and song, poetry and sculpture, manuscript-making and metalwork, history and archaeology. Derry City and Strabane District Council have been working closely with Donegal County Council’s Heritage Office, Foras na Gaeilge and the Heritage Council in the production of the Columban Heritage Audit as a precursor to establishing a shared programme of works and events in 2020 /21 to celebrate one of the most influential figures in Irish and British history. The specially commissioned audit was carried out by Abarta Heritage and also helps to identify key opportunities for upcoming commemorations. Aeidin McCarter, head of culture at Derry City and Strabane District Council, says the public meetings will provide people with a great opportunity to learn more about Colmcille and to get involved in the exciting plans to celebrate our shared Columban heritage in 2020 /21. “The public meetings and upcoming events planned for 2020 / 21 will provide us with a fantastic opportunity to celebrate not only our patron saint but the city he founded and the culture he inspired” she said. “Importantly, Colmcille’s story is a very timely one, which has great symbolism for Derry & Donegal, the country and these islands. “Indeed, Colmcille’s mosaic is featured in the Central Lobby of Westminster, which serves to highlight that he was renowned for uniting traditions, connecting these islands and transcending culture, religion and history in a very special way. “At the public meetings people will have the opportunity to learn more about the audit on Columban heritage which has identified and mapped sites, objects and archives associated with his life. “I’d therefore encourage as many people as possible to come along to the sessions and would welcome any ideas for creating a series of memorable events in 2020 / 21 that both celebrates and promotes our rich Columban heritage.” Presentations at both public meetings in the Colm Cille Heritage Centre Gartan, Co Donegal at 7.00pm on 26th February and in Derry's at 7.00pm on 27th February will be delivered by Neil Jackman, Managing Director of Abarta Heritage and Dr. Brian Lacey, author of ‘Saint Columba: His Life and Legacy’. Light refreshments will be served at the meetings from 6:30pm which are free and open to the public. To book your place, please contact the Guildhall – Telephone 028 7137 6510 or email: guildhall@derrystrabane.com Photo shows the statue of Colmcille in St Columb’s Park in the Waterside area of Derry.
ADVERTISEMENT - CONTINUE READING BELOW