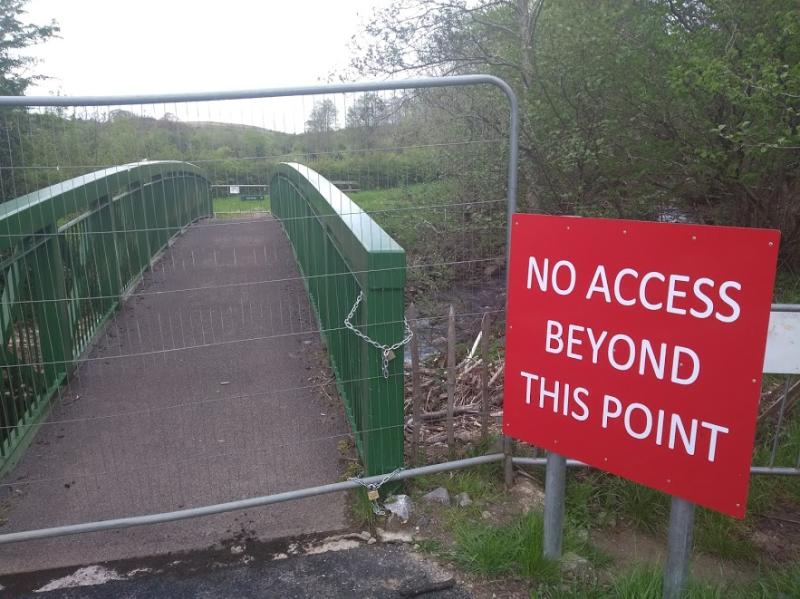 Work to reinstate public access at a popular Derry woodland is set to commence eighteen months after floods devastated the area. Ness Woods has remained closed to the public since the flooding of August 2017, however, it appears that an agreement has been reached between the Department of Agriculture, Environment and Rural Affairs (DAERA) and a neighbouring landowner to finally allow for remedial works to be carried out on riverside pathways. On August 22 and 23, 2017, unprecedented flooding hit the North West affecting around 650 bridges, closing 200 roads and causing significant damage to 1,800 metres of flood defences at numerous locations. Those impacted most were families in the Drumahoe and Eglinton areas who were left without homes when heavy and persistent rainfall, amounting to 63% of the monthly average, fell within an 8 to 9-hour period. Institute F.C.’s football ground was destroyed and, further out the Glenshane Road, Ness Woods was “severely damaged” to the point that public access was blocked. In a statement to the Derry News this week, a spokesperson for the DAERA said: “Following the August 2017 flooding, which damaged a section of riverside pathway at Ness Country Park, the Northern Ireland Environment Agency (NIEA) have engaged in discussions with a neighbouring landowner to the affected section of riverside walkway at Ness Country Park. “We are pleased to be able to advise that with the agreement of the neighbouring landowner, who has been extremely supportive, we anticipate being able to commence works to reinstate public access between the main visitor centre area and Ness Wood area of the park in the coming months.” Ness Country Park, which is connected to Ervey Wood, attracts between 20,000 – 30,000 visitors every year.  It is a steep wooded glen, and a remnant of extensive natural oakwoods that comprises 20 ha, with riverside/woodland paths including wooden steps and footbridges.  And is home to many different species of wildlife and birdlife. Following the floods, NIEA completed a programme of works at a cost of approximately £150,000 to repair all pathways in Ness and Ervey Woods, commissioned structural surveys of all bridges to ensure that they are structurally safe and upgraded the pathways in the immediate visitor centre which were damaged during the flooding. The site is an Area of Special Scientific Interest (ASSI) and is Northern Ireland Environment Agency (NIEA) owned and managed. Development work carried out in the park over recent years allowed the walk to extend along both sides of the Burntollet River joining Ness and Ervey Woods. However, all of that work was seemingly undone during the flash flooding of 2017.
ADVERTISEMENT - CONTINUE READING BELOW