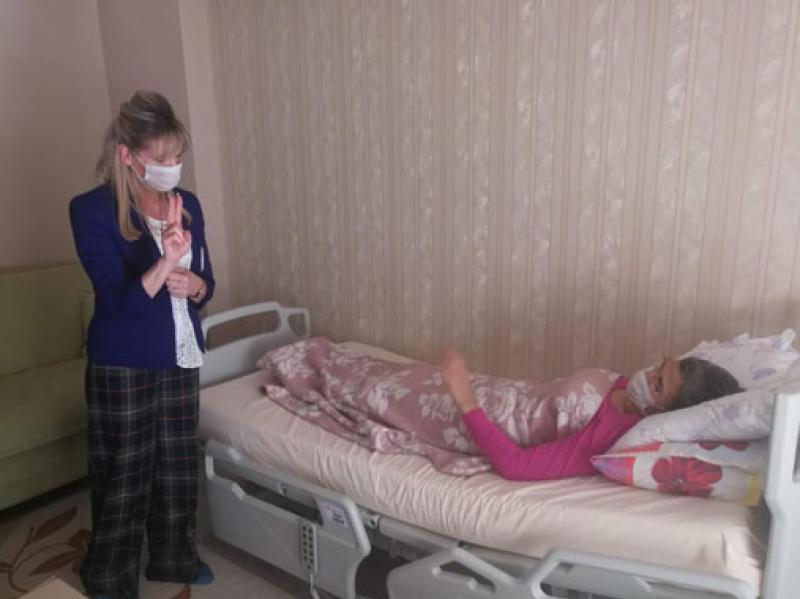 Sinn Féin MEP Martina Anderson today met with Kurdish hunger striker Leyla Guven. The Kurdish MP, on hunger strike since November, has been released from prison. Earlier this year, Ms Anderson was refused to visit her while she was in jail. Speaking from Kurdistan, Ms Anderson said: "She has been released from prison as a result of international pressure but only under tight conditions and her health is continuing to deteriorate. "She embarked on this hunger strike calling for the end of the isolation of Kurdish political leader Abdullah Ocalan who has now been detained for 20 years, some of it in total isolation with no access to legal representation. "I expressed my solidarity and the continuing solidarity of Sinn Féin and the people of Ireland to Leyla Guven when we met." "The international community needs to act to save the life of Leyla Guven and all other Kurdish hunger strikers and demand and end to the isolation of Abdullah Ocalan.” Photo shows Ms Anderson meeting with hunger striker Leyla Guven.
ADVERTISEMENT - CONTINUE READING BELOW