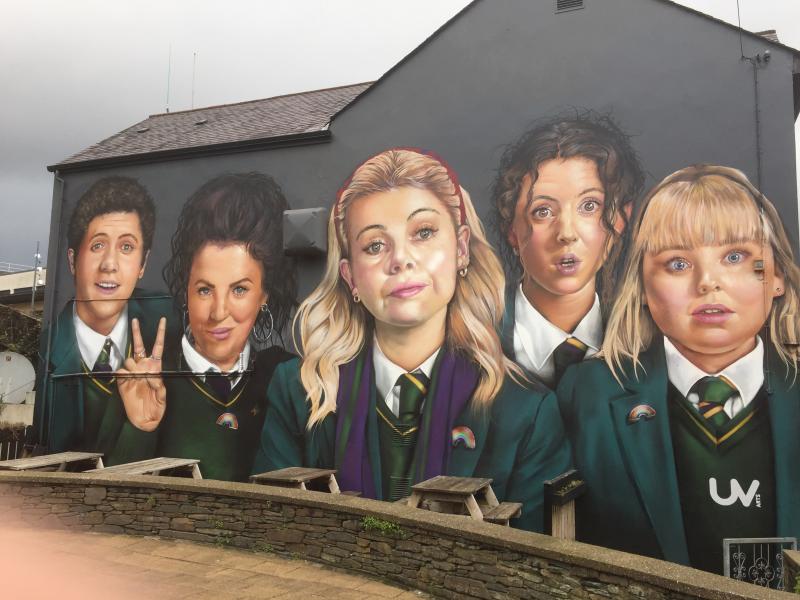 The long awaited second series of Derry Girls will return to our screens on March 5. Channel 4, the makers of the hugely successful comedy announced the date earlier this afternoon. TV’s can now be finally programmed to capture a recording of Episode 1 on Tuesday, March 5 at 9.15pm. Earlier this week a premier of the first episode took place at the Strand Road cinema in Derry. And, a recently painted mural of the show’s main characters at Orchard Street has been attracting massive attention from far and wide. The second series of the show was announced last year just hours after the very first episode went to air.
ADVERTISEMENT - CONTINUE READING BELOW