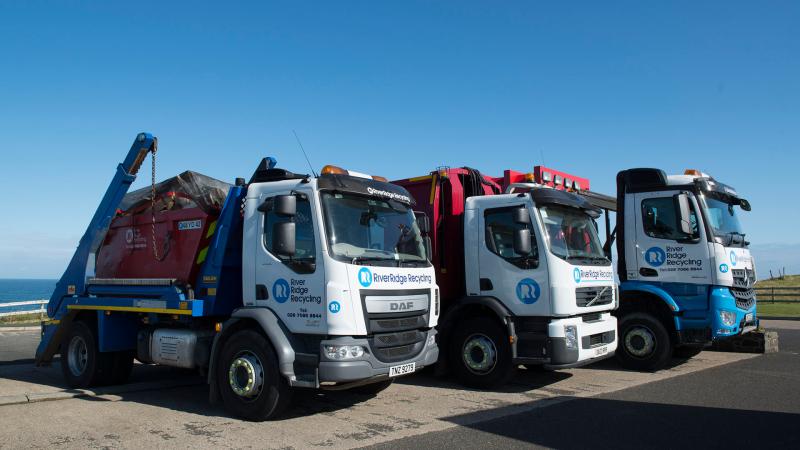 Newbuildings residents have lodged complaints with the local council after a “fly infestation” linked to a nearby recycling facility caused issues for many households. People living in the area have noticed large volumes of flies in and around their homes in recent weeks. In a statement to the Derry News, a spokesperson for Derry City and Strabane District Council said that it has received complaints from residents and an officer from the Health and Community Wellbeing Service has visited the area and confirmed the presence of flies in several residential properties. She added: “The Council also inspected a commercial/industrial premises and identified a fly infestation associated with a local waste handling facility licensed by the Northern Ireland Environment Agency (NIEA).  The Council has since contacted the NIEA in relation to this and is working with them to address the issue.” It is understood that the waste management company concerned in is RiverRidge Recycling.  It is the leading waste management organisation in the North West. Based at Derry sites in Newbuildings and Garvagh, as well as Belfast and Portadown, they provide a comprehensive range of waste management services, including waste transport as well as a full recycling service at their recycling centre. The company also provides numerous collection services. RiverRidge has contracts with amongst others, Derry City and Strabane District Council, the City Hotel, Seagate, Dunnes Stores, Belfast City Council, KFC and Queen’s University, according to its website. It assumed responsibility for waste at the former Brickkiln Waste Management site on Electra Road in Maydown when a massive fire broke out there in 2015. Independent Unionist Alderman Maurice Devenney met with residents in Newbuildings following news of the infestation, including those living in a care home, who expressed concerns about this “serious issue”.  He also met with council officers on February 21 at the site who reported an issue with waste being stored in one of the sheds. Alderman Devenney said: “My information is that this waste has been there for quite a while.  They were hoping to get the waste removed, but when I was there, there were quite a number of big lorries which tells me it must’ve been a fair amount of stuff. “I believe a stern warning was handed out by NIEA to get the issue resolved.  But these issues should not be allowed to happen in 2019, we know there were issues with RiverRidge before on the same site and we had to get those issues resolved.” He added: “If this company is involved with council contracts it should know better than to let this happen. “I will be raising this at the next available council meeting to get assurances that this doesn’t happen again.” A DAERA Spokesperson confirmed that following reports by residents, officials from NIEA are working with "a local waste Company in the Newbuildings area." "Measures were taken to remove waste from the facility and effectively deal with the issue," he added. RiverRidge was unavailable for comment at the weekend.
ADVERTISEMENT - CONTINUE READING BELOW