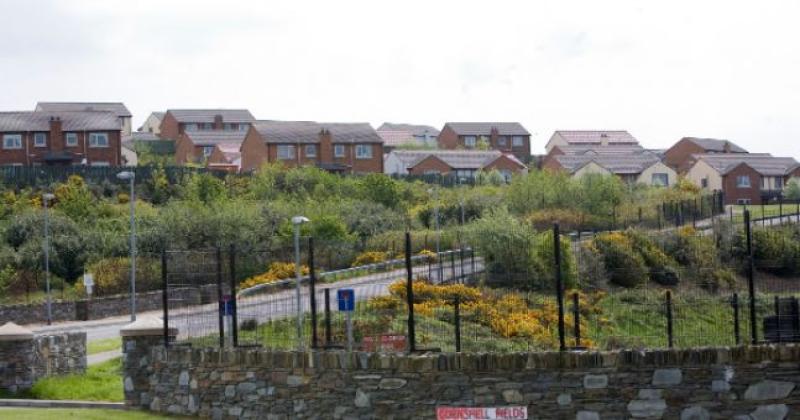 A Derry father has said that his son was attacked at the weekend after a taxi driver refused to drop him off at his home. Eddie Quigley from Cornshell Fields in the city told the Derry News that his son was out with friends on Friday night when he was “mugged” by two men after being left outside the Steelstown GAA pitch on the Ballyarnett Road.  He had asked to be left at his girlfriend’s address in Strathfoyle or alternatively Cornshell Fields but was told it was too inconvenient. The 27-year-old believes that those responsible for the attack, who made off with his mobile phone, were from the Travelling community. As a parent, Mr Quigley would be fearful that if a taxi-driver abandoned a young girl in similar circumstances that something “much worse” could have happened and advised that drivers should be aware of those dangers. He explained: “They got a taxi near Frankie Ramsey’s and his friend was dropped off at Ballyarnet Village where he lives.  My son said he wanted to go to his girlfriend’s house at Strathfoyle but the driver said it was too far out. “He then asked to be left off at Cornshell Fields but he said he wasn’t going through traffic lights and potholes on the road.  When I was a taxi driver it was usually the passenger told you where to go, you’re paying for a service, so they should’ve taken him where he wanted to go. “So he dropped him off at the Gaelic pitch and two people came over, they were chatty at first but then they jumped him, grabbed his iPhone and took off into Ballyarnett Country Park.” He continued: “He was badly shaken up and came here around 2am.  He managed to fend them off, I think they were just looking for the phone, so fortunately he wasn’t badly injured. “We took it for granted that he was going to his girlfriend’s house so we wouldn’t have known that something worse had happened to him. “Taxi drivers have guidelines to follow and if this had been a young girl he left off in the middle of nowhere then God knows what could’ve happened.” The incident was reported to the police who confirmed is is being investigated. A spokesperson said police received a report of a theft in the Ballyarnett road area of Derry in the early hours of February 23. Sergeant Moore said: “It was reported to us that around 3.15am, two males approached a man at a bus stop in the Cornshell Fields area.  One of the males spoke to the man while the other grabbed the mobile phone he was holding. “Both men were described as wearing dark clothing.  One was about 5’5” in height and of slim build, while the other was around 5’ tall.  The two suspects then made off into a nearby park “I would appeal to anyone who witnessed this incident or has any information that could help with our enquiries to contact police on the non-emergency number 101, quoting reference number 199 of 23/2/19.” Alternatively, information can also be provided to the independent charity Crimestoppers on 0800 555 111 which is 100% anonymous and gives people the power to speak up and stop crime.
ADVERTISEMENT - CONTINUE READING BELOW