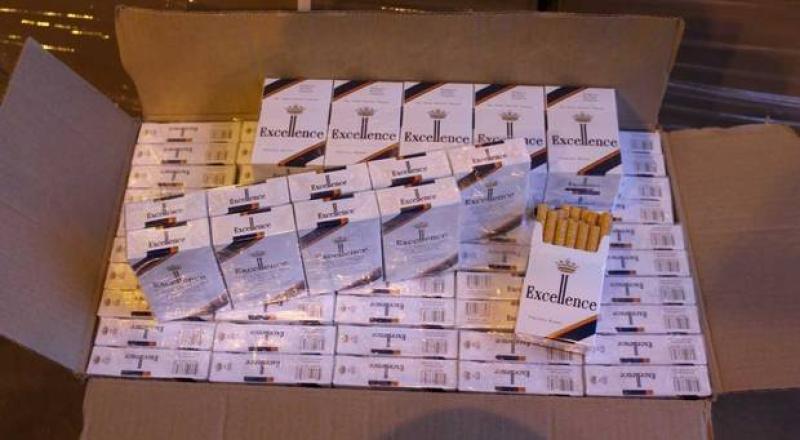 A 65-year-old man was arrested yesterday during a police and HMRC operation during which thousands of cigarettes were seized. Police have said the man was arrested on suspicion of fraudulent evasion of excise duty with regard to over 10,000 illicit cigarettes and over 14 kilograms of tobacco during a search of a shop in the Galliagh area. A five-figure sum of money was also recovered Meanwhile, 28,260 cigarettes and 19.9 kilograms of hand-rolling tobacco (HRT) were seized following searches of a total of 11 shops Derry. Other counterfeit goods and mobile phones were also seized. PSNI supported HMRC officers during the operation which was targeted at the supply of illicit tobacco products to local shops by INLA. Detective Inspector Tom McClure of the PSNI’s Organised Crime Unit said: “INLA in Derry use brutality, threats and fear to exert control and behind the scenes are involved in a wide range of criminal money-making ‘rackets’ to line their own pockets. One strand of their criminality is the importation and supply of illicit cigarettes into the North West and these illegal products are then distributed via a network of local shops and suppliers. For this reason we requested assistance from our partners in HMRC for today’s operation. “I am very concerned that seven of the 11 shops visited were found to have illicit cigarettes on their premises, meaning that these illegal products have been found in a total of 17 different shops in the Derry and Strabane area since the start of December. Retailers who stock and sell illicit cigarettes to the public should think carefully about the potential implications upon conviction. They and customers who knowingly purchase illicit cigarettes should be aware that they may be indirectly funding INLA terrorism and criminality which brings harm to local communities, for their own selfish gains. “We are committed to tackling the criminality associated with paramilitarism and the seizures follow on from a successful operation back in December when approximately 36,000 illicit cigarettes and 5 kilograms of illicit tobacco were removed from eight shops in Derry and two shops in Strabane. “I know that the communities most affected by the misery inflicted by paramilitaries support our ongoing efforts and I’d like to thank them for their support. I would appeal for anyone with information regarding this type of criminal activity to contact police on 101. Alternatively, information can also be provided to the independent charity Crimestoppers on 0800 555 111 which is 100% anonymous and gives people the power to speak up and stop crime.” Steve Tracey, Assistant Director, Fraud Investigation Service, HMRC, said: "Working together in partnership with other enforcement colleagues we can target the criminal gangs who are stealing from the taxpayer, robbing public services and undermining legitimate, honest traders."
ADVERTISEMENT - CONTINUE READING BELOW