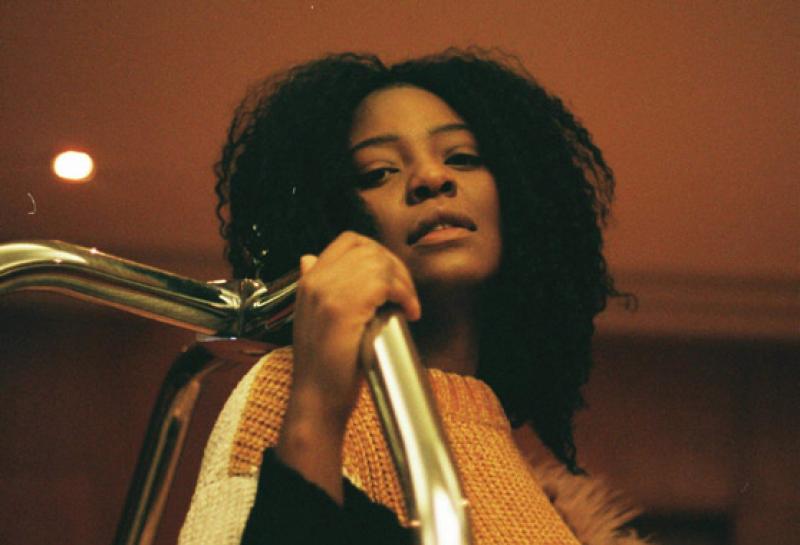 Pearl-Natasha Waungana Doherty (pictured) was born in Harare, Zimbabwe, where she lived until she was ten. Her stepfather is from Pennyburn and they moved to Derry in 2000. Tell me about the early days P… “I know people think it was, but there was really no culture shock. We speak English in Africa anyways! I went to St Eugene's PS; it was such a great school. "After doing my 11+, I went to Thornhill for all of my secondary schooling. I had an amazing time there; the teachers were so supportive and Miss O'Doherty in P.E taught me so many life lessons between reminding me to tie my shoelaces so I wouldn't trip again”. And… “I wasn’t musical in school; I was told I was actually tone deaf which knocked my confidence for years and I didn't think about music until I went to university in Leeds. "I always wrote poetry and stories, it was a way to escape the noise of the world and create a safer world to be in and after I started putting the words to music; they started coming to life and took on new energy. I met a producer in Leeds called Mike Brown and he helped me record my first two singles, ‘Autumn Sky’ and ‘Free’ (both available online)”. Then what?... "These songs helped get me the opportunity to go back to Zimbabwe and there I ended up shooting the video for ‘Autumn Sky’, as well as collaborating with chart topping African artists including Dhadza D, Tehn Diamond and more. "I'm lucky that music allowed me to travel; and I've performed across Africa including Malawi, Tanzania, South Africa and more. I've been home since 2015; writing and recording since and last year saw me release my biggest single to date, ‘Moved On’ which got 10,000 streams in its first month on Spotify. "I also played Stendhal Festival, Fringe Festival, as well as Foyle Maritime Festival, played live on the BBC and headlined my own show at the Nerve Centre. And it was the first time I'd played at home with my full band which was awesome! "I also was the vocalist and songwriter for the Peace Four project, Traditions Meet which saw me work on Irish tunes and jigs with a collection of cross community artists which was led by An Culturlann and Sid Peacock. What have you got lined up? “I’m working with Rioghnach Connolly, Nerve Centre's Artist in Residence on a collaborative song writing project. I'm really excited to write with such a talented artist and I can't wait to see the results of this and on 13th April my new song 'Glory' will be released on all online stores. There'll be a single launch gig, but more on that later. Before that, on 3rd April I’m playing the Ghostlight Sessions in Strabane with the full band. Later in the year I’ll be releasing ‘Lights On’, produced by Derry's own Ryan Vail and I just love the way he has pushed me on this song”. Nobody is saying that Ryan Vail is in any way pushy by the way. You’re the queen of self-promotion, is it hard work? “Yes! It's so difficult. You have to be the fan, the manager and the singer. You have to believe that people need to listen to your music; you have to make sure your quality of music is great and then you still need to perform the music perfectly. "It can be a lot of pressure but you have so much control, and I like being in control. It's easier with the Internet and social media as you can reach a wider audience than ever before but you can't forget that you still need an audience who will leave their houses and watch you perform live". She hasn’t been well lately and it may or may not have taken a lot out of her to respond to my interrogation but she did so kindly and finally informed me “my songs are all available on all online music stores and physical copies can be bought directly from me”. And now for something completely different…. There has begun a series of lunchtime recitals in the Great Hall up in Magee and if you’re out on lunch and at a loose end then why not broaden your horizons with Suzanne Savage tomorrow at one.
ADVERTISEMENT - CONTINUE READING BELOW