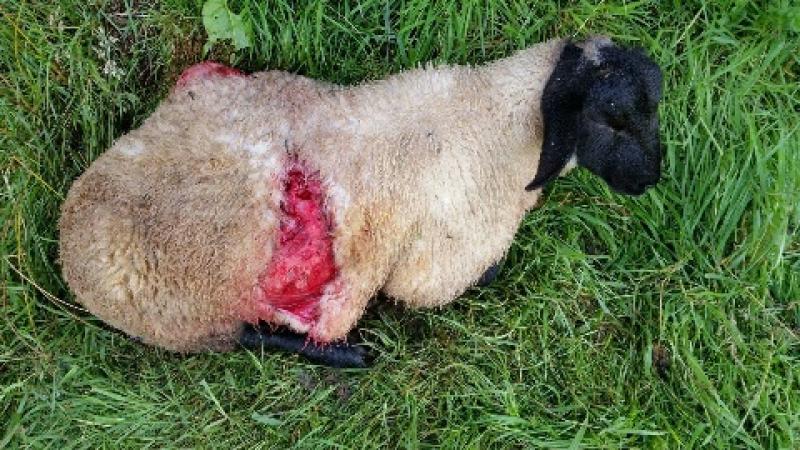 Dog owners in Derry have been warned to keep their pets under control around livestock as lambing season approaches following recent attacks. Independent Unionist Alderman Maurice Devenney said he would warn all dog owners to ensure that their dogs are “kept under control”, particularly at night time. “This is a worry for farmers at this time of year because they have sheep out in the field and they are lambing.  We all know the destruction that can be caused - these dogs can mutilate sheep. “In many cases sheep are killed and some are so badly mutilated that they have to be put down and that has a huge cost and worry to the farmer.” One such farmer, from the Newbuildings area, experienced that very problem in recent weeks but fortunately his flock escaped unscathed. Barclay Todd said: “It was just the one animal hurt, I’m not sure where they came from but thank goodness she’s okay now. “I’d like to advise people in the area to keep their dogs under control because if sheep are attacked by dogs it can be very stressful and sore on them. “As a farmer if you’re there in the field then you can shoot the dogs but you’re helpless if you aren’t there when it happens.  I’m surprised these dogs haven’t been back, I thought people might’ve been out hunting for badgers with them. “We had awful trouble years ago, but this recent one was just the one night, you’re always waiting on them to come back.  I’m expecting lambs next week and you’re at your wits end the whole time.” ‘Prosecution’ Derry City and Strabane District Council’s Dog Warden Service has also moved to remind dog owners to act responsibly and ensure their animal is kept under control at all times. The council said that although it is recognised that the vast majority of dogs are well looked after and are friendly family pets, all dogs have the potential to inflict injury and to worry livestock. Seamus Donaghy, Head of Health and Community Well Being at Derry City and Strabane District Council, explained that dog worrying of livestock and especially sheep during lambing season is a serious concern for farmers. “Worrying livestock does not just mean attacking or killing cattle or sheep,” he stressed. “If your dog chases livestock in such a way as could reasonably be expected to cause any form of suffering to the animals or a financial loss to their owner, it will be considered to have worried the livestock. “The financial cost can be substantial with the loss of valuable stock, veterinary care, abortions in attacked and frightened animals and damage to property.” The Council’s Dog Wardens have the authority to seize any dog, of any type and breed, suspected of being involved in worrying or attacking livestock, owners may be prosecuted for any offences and a court may order the dog to be destroyed. A civil case may also be brought by the farmer for any financial loss suffered. Council Dog Wardens respond to all incidents of dog worrying or attacks and anyone who witnesses a dog worrying or attacking livestock is encouraged to report this to the Council’s Dog Control team by telephoning 02871 253 253 or email dogcontrol@derrystrabane.com Photo: Sent by a local farmer to highlight the damage that can be inflicted by stray dogs after a number of his sheep were mutilated and killed.
ADVERTISEMENT - CONTINUE READING BELOW