Towards Understanding and Healing event at Holywell Trust 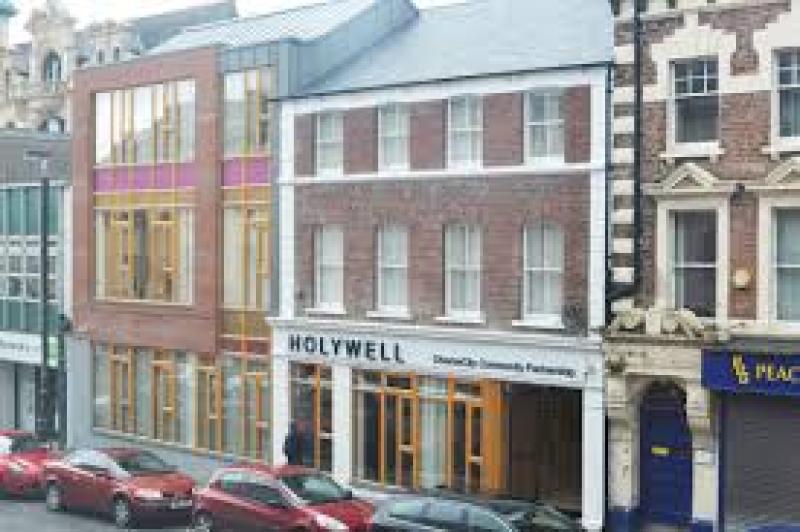 Two representatives from WAVE Trauma will speak at an event this Thursday, March 7 at the Holywell Trust building on Bishop Street.

Peter Heathwood was severely injured in a loyalist attack at his home in Belfast in 1979. He also featured in a photographic exhibition current on display at the Holywell building called ‘Injured on That Day’. This highlighted the catastrophic injuries suffered by victims of the Troubles and is part of a campaign to secure a government pension for them.

The second speaker will be Alan McBride who lost his wife and father-in-law in a IRA bomb attack on the Shankill Road in Belfast in 1993. Mr McBride is also the Coordinator of WAVE Trauma.

The event will begin at 11am on Thursday and will mark the end of the ‘Injured on That Day’ exhibit. The conversation with Peter and Alan will be followed by a light lunch. To book a place please call Eamonn Baker at 02871261941 or email eamonnbaker@thejunction-ni.org.

CAPTION: The event will take place at the Holywell Trust on Bishop Street on Thursday, March 7.
ADVERTISEMENT - CONTINUE READING BELOW