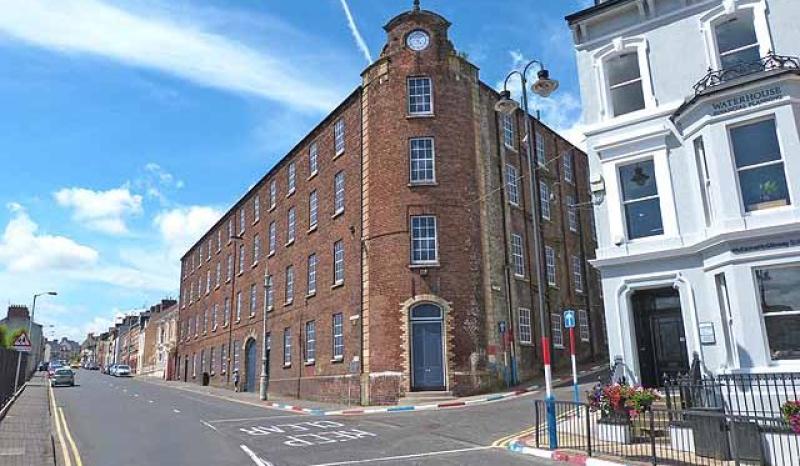 Planned cosmetic improvements to commercial and residential premises on the Abercorn Road have been delayed, the local council has confirmed. Businesses and houses along the entire Abercorn Road were expected to benefit from a free “facelift”, however, no expressions of interest were received from contractors when Derry City and Strabane District Council put it out to tender. Around 60 commercial and residential properties are said to have engaged with the scheme. Work, which was supposed to be completed by the end of March, has now been pushed back until at least the end of the summer after the council said it would be “difficult to state a timeline”. “Subject to the successful appointment of a contractor the work should be completed in the summer of this year,” a Council spokesperson said. The total cost of the cosmetic upgrade is £457,306 and will primarily cover facade improvements to commercial and residential properties. The works will comprise of upgrading commercial frontages, such as signage and painting, and decorative interventions to residential properties, namely the painting of front facades only and decorative features of front facades. Last September, to help expedite the project and ensure it met the strict deadline of March 31, 2019, local councillors were asked to grant delegated authority to Council Chief Executive John Kelpie to sign off on all contracts associated with its delivery. The initiative has been progressed through a close working partnership between Council, as lead partners and the Executive Office, through its Urban Villages Initiative, City Centre Initiative and Triax Neighbourhood Partnership Board. The Executive Office provided all of the funding for the project meaning there are no financial implications for the council. In a statement to the Derry News, a spokesperson for Derry City and Strabane District Council has now confirmed that there has been a “slight delay” in the implementation of the Urban Villages Revitalisation Project proposed for Abercorn Road. “The proposed project focuses on the upgrade/enhancement of the facades of commercial and residential properties along Abercorn Road and has been warmly welcomed by local business owners and residents. “The delay in the implementation of the project is due to Council receiving no tender submissions, following a public tendering exercise in November/December 2018 inviting contractors to bid for the works.” She added: “A second tendering exercise was initiated in January 2019 with a closing date of 27th February. Subject to there being interest in this tender, and a suitable contractor being appointed, Council anticipates works to commence in March 2019. “Council has previously issued correspondence to all of the participating property owners advising them of the current situation, and hopes to convene a further engagement meeting, following the outcome of the current tendering process.”
ADVERTISEMENT - CONTINUE READING BELOW