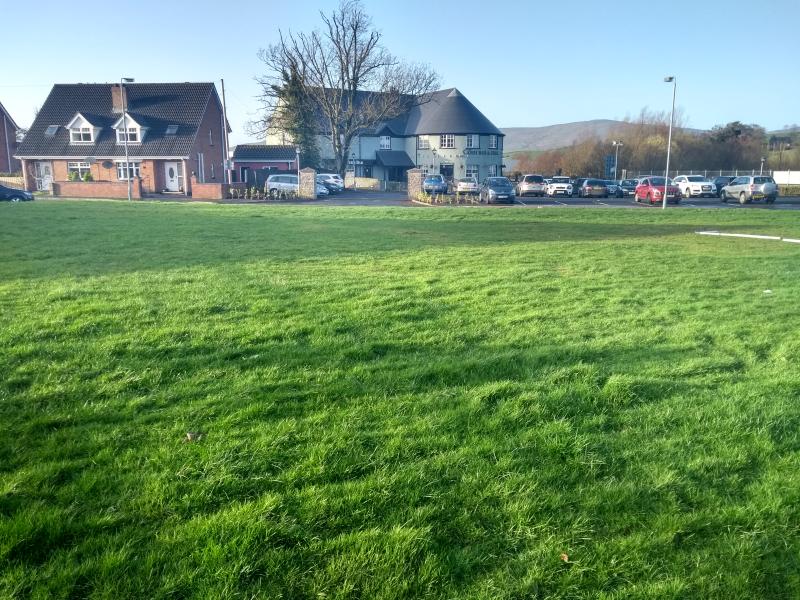 People living in Coshquin have been encouraged to have their say at a meeting regarding plans for a new playpark in the area. Councillor Darren O’Reilly, who recently announced that he won’t be contesting the upcoming local council elections, said he has supported the playpark project since entering Derry City and Strabane District Council. Therefore, it is a facility that he would like to see delivered before the end of his tenure. In 2015 Cllr O’Reilly called a meeting to protest against possible plans to build on the only green space at Coshquin on the outskirts of Derry.  He, along with local residents, objected to a planned car park to accommodate weddings at the Cosh Bar & Grill. He explained: “We started working with residents to develop a playpark and now we’re finally at the design stage. “The pre-design stage is nearly complete and then after that funding will be allocated and the park will be built, so we’ve nearly got it over the line. “There were three or four different consultations and we went door to door.  We want to encourage people to come down and get involved with the process so they can get an idea of the design and have their say. “We’ve had a long campaign to identify adequate provision for the Coshquin area and now council is hosting this event which will bring forward some designs to regenerate the area. “I would encourage as many people from the local community to come out on the evening to look at the plans and to provide their input.” Cllr O’Reilly also gave assurances that fellow Independent Councillor, Sean Carr, who will be running for election in the Foyleside District Electoral Area on May 2, is committed to seeing the project through. The meeting, hosted by Derry City and Strabane District Council along with local residents, will take place at The Cosh Bar & Grill between 6-8pm on Tuesday, March 12. Photo: The area of land opposite the Cosh Bar & Grill which is earmarked for the playpark.
ADVERTISEMENT - CONTINUE READING BELOW