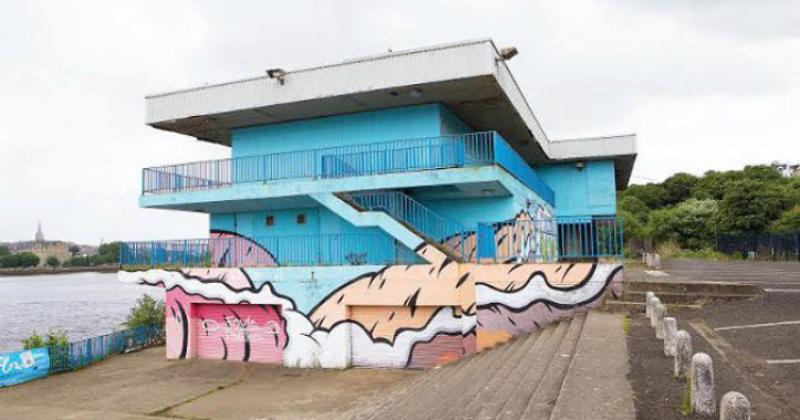 Anyone with an interest in the future of Prehen Boat House is being urged to go along to a public consultation event taking place tomorrow (Wednesday 6th March) from 4.00pm-9.00pm at The Loughs Agency building. Paul Hughes, community activist and campaigner, said it was important as people as possible attend "this very important have your say event. He added: "It provides an opportunity for people to outline to council their views regarding the future development of the boathouse.  "The re-development of Prehen Boathouse (pictured) is long over due! Council reassumed ownership of the building back in 2008 from the North West Regional College.  "Now 11 years later Derry City and Strabane District Council have finally confirmed that £600,000 of funding has now been secured to build the new pontoon complete with supporting changing and access works. This is Good News & these works will certainly go some way to helping to restore activity at the upper part of the river and Im sure will be well received by the Foyle Paddlers Canoe Club and City of Derry Rowing Club. Hopefully now Council will take the next step and redevelop the building in line with the views and wishes of local people and of course the Foyle Paddlers and the cities oldest sporting club - City of Derry Rowing Club who have and continue to provide a wide range of outdoor educational and recreational activities at the site.  "Council have made promises about this site before. Plans have been discussed and presented before. Consultations have taking place before! Riverside strategies over the years have come and go. This Time, Its Time To Make It Happen!  "There is much more work to be done to bring this great building back into public use. The redevelopment of this site, I believe is key to the regeneration of the River Foyle and it should be a public building that serves the needs of the local community; linked into other projects that are planned for the river including the 'River Foyle Gardens' and 'Our Future Foyle' as there is great synergy with both these projects."  Mr Hughes said the project project would not only benefit the Waterside and City of Derry but would also involve Strabane too. He added: "The River Foyle has great potential. Imagine for example being able to jet ski all the way up to Lifford! This is what we should also be thinking about! Its time to help bring the River Foyle to life.  "The fact that Council is now at least engaging and consulting with the public is welcomed news but I am concerned and I am sure others will be to on learning that Derry City & Strabane District Council have already stated that "consideration being giving to the potential for wider private sector led development input and future programming". Derry City & Strabane District Council 'Governance & Strategic Planning Committee' (6th November 2018)  "This is something that Council should clarify at next weeks public consultation event. Prehen Boat House Is Not For Sale." Mr Hughes concluded: I am calling on Derry City & Strabane District Council to review current 'access provision' to the River Foyle. Council must now listen to the views of people, clubs and communities wishes for this key site and invest in the redevelopment of Prehen Boathouse. In addition to this Council should carry out an immediate review into current 'access points' along the river and should carry out a feasibility study to improve access onto the river at Culmore Point to better accommodate Lough Foyle Yacht Club and unlock future potential for the river.
ADVERTISEMENT - CONTINUE READING BELOW