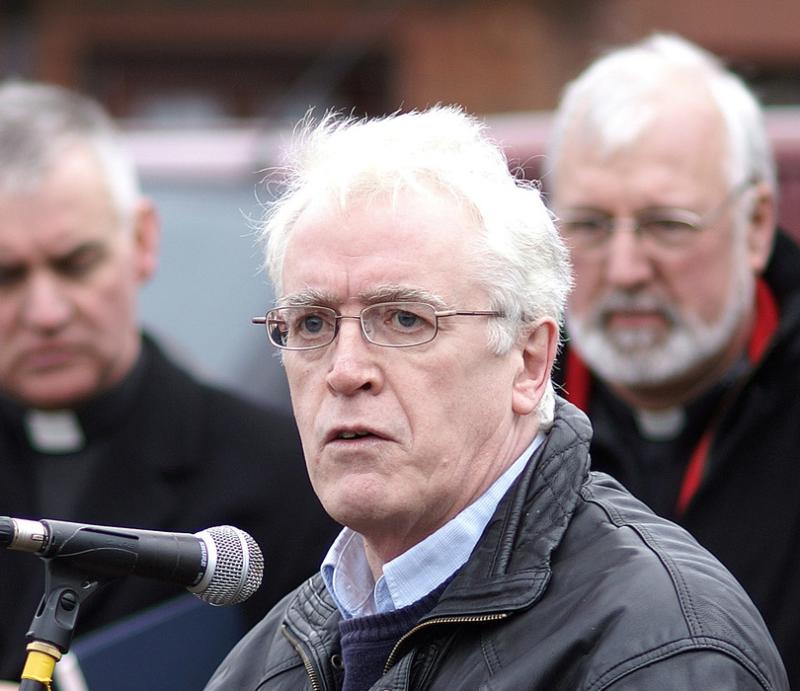 Relatives of those shot dead on Bloody Sunday and senior nationalist politicians in Derry have reacted with fury to comments made by Northern Ireland Secretary of State Karen Bradley on the potential prosecution of state forces for killings in the North.

Ms Bradley yesterday told the House of Commons that killings carried out by the British Army and the police during the Troubles were not crimes.

Her comments came in the midst of a debate when DUP MP Emma Little-Pengelly asked Karen Bradley when she was going to install mechanisms to investigate unsolved murders caused by acts of terrorism.

In response, the Secretary of State said: “Over 90 per cent of the killings during the Troubles were at the hands of terrorists-every single one of those was a crime.

“The fewer than 10 per cent were at the hands of the military, police and were not crimes.

“They were people acting under orders and under instruction and fulfilling their duty in a dignified and appropriate way.”

Prime Minister Theresa May also weighed into the debate stating that security forces personnel should not be “unfairly pursued through the courts.”

And, in a clear reference to previous suggestions that a statute of limitations may be introduced to prevent the prosecutions of security force members for legacy killings, Theresa May said the Government could yet introduce such legislation.

The comments from the Tory politicians came just a week before the Public Prosecution Service (PPS) make an announcement on whether soldiers involved in Bloody Sunday will face prosecution.

Yesterday, one of the soldiers who may be prosecuted-Sergeant O-said he felt no guilt over the killings and would act in exactly the way if he were in the same position again.

John Kelly’s whose brother Michael was 17 when he was gunned down on Bloody Sunday said: “I’m completely disgusted at Karen Bradley’s comments. This is someone who is supposed to represent everyone in the North. Her statement is both ridiculous and terrible.

“This is a typical reaction from the British Government because they are running scared of what could happen next week. They are trying to control what happens to ensure there are no convictions.

“Karen Bradley needs to resign because she’s supposed to represent everybody but she’s stuck two fingers up to the nationalist people that have been fighting for justice for years. But, we’ll never give up.

Kate Nash whose brother William was shot dead on Bloody Sunday and her father injured attempting to aid him said the Secretary of State should “hang her head in shame.”

“That she should view these soldiers as innocent without question makes it clear how the Tory government feel about law and order. It’s a massively sweeping statement that killings were carried out with dignity.

“Where is the dignity in murder?  They are lining up against justice for innocent people.”

“This is utterly insensitive and so devoid of fact that it is shocking in the extreme. Did she miss David Cameron’s statement on Bloody Sunday in 2010? She badly needs to pick up a history book because this standard of ignorance is not only insensitive, it’s also dangerous.”

And, Sinn Fein MP for Foyle Elisha McCallion told the Derry News: “This is both a repulsive and offensive statement and an insult to any of the families whose loved ones died at the hands of the British Army or any of their proxies.

“Karen Bradley needs to apologise immediately because she’s acted disgracefully just when I thought she couldn’t get any worse. Shame on her.”

With just seven days to go before the PPS makes its announcement on potential prosecutions over Bloody Sunday, the Derry News today takes an extensive look at the thoughts of those awaiting the decision.