Bloody Sunday decision: From 1972 to 2019: Prosecution announcement has been 47 years in the making 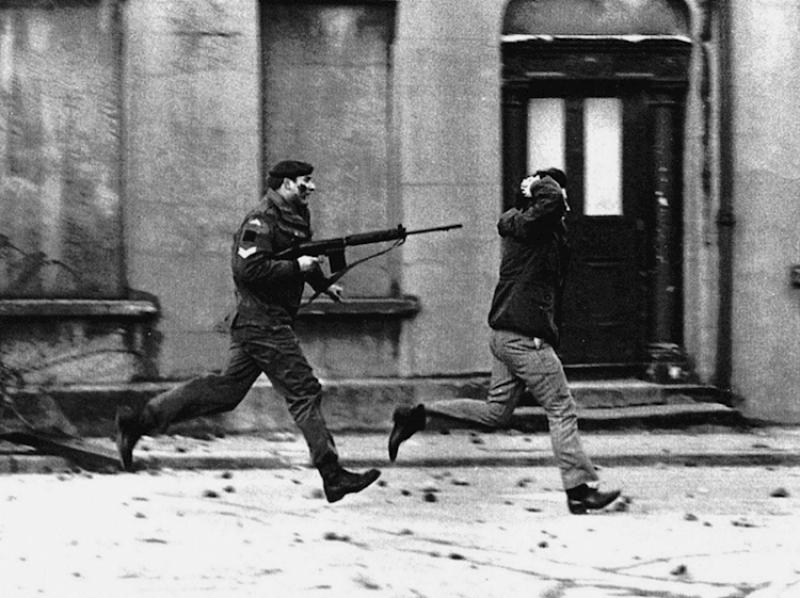 Seven days from now (Thursday, March 14), the Public Prosecution Service will announce their decision on whether or not former British soldiers will face prosecution for their actions in the Bogside on January 30, 1972.

The PSNI began its murder investigation into Bloody Sunday in July 2012, just over two years after the report of the Saville Inquiry was launched.

It took another six years before police handed over their files to the PPS in November of 2016.

But, it was in 1992, twenty years after 13 people were shot dead on Bloody Sunday and a 14th later died from his injuries, that a campaign to clear the names of the dead and wounded began in earnest.

In April of 1972 Lord Widgery produced his report which was officially called the Report of the Tribunal appointed to inquire into the events on Sunday, 30th January 1972.

That report in essence backed the assertions of the British Army and establishment that they had come under fire from IRA gunmen and as such left a stain on the names of those killed and wounded that they had been engaged in violent action.

As the campaign to clear the names of those shot dead and wounded intensified, in December of 1992, then British Prime Minister John Major reasserted a government assurance from 1974 that those killed should be regarded of any allegation they were handling guns or explosives at the time.

It was an ‘assurance’ that did not wash for the relatives of those killed. Then on the eve of the 26th anniversary of the massacre in 1998, Prime Minister Tony Blair announced that a fresh inquiry would take place.

The Saville Inquiry began on April 3, 1998 and would last 12 years until its conclusions were finally released on June 15, 2010.

It was not until May 2017 however that the first indications emerged about how many former soldiers were being considered for prosecution by the PPS.

Official correspondence from the PPS revealed that 18 soldiers were under their spotlight. The charges that the ex-servicemen could face after next week’s decision are murder, attempted murder, wounding, perjury and joint enterprise-which means an offence where two or more people are involved.

The PPS letter also made clear that at that point in 2017 that four other soldiers who were part of the investigation had already died.

The list of the deceased amongst the military personnel increased to five in January this year when they revealed that a former Lieutenant in the Parachute Regiment known as Soldier N had died.

Police reported two soldiers to the PPS for the shooting of Damien Donaghy and John Johnston-the last person to die. Four soldiers were reported for the killing of six people and the wounding of seven people.

The four soldiers who were dead by May 2017 were implicated in the killings of nine of the Bloody Sunday victims.

Then, in September 2017 it emerged that the PPS were also considering the prosecution of two former members of the Official IRA for their actions on Bloody Sunday.

It was the first time that republicans from any faction of the IRA were considered for prosecution in relation to January 30,1972 in the Bogside.

The inclusion of the cases of the former Official IRA members delayed the decision on the overall prosecutions by another six months.

During the Saville Inquiry, former members of the Official IRA gave evidence anonymously. They admitted the organisation had played a role on Bloody Sunday but that they had fired at soldiers early on in retaliation for the wounding of two marchers.

They denied that the Official IRA had fired first and in his conclusions Lord Saville concluded that on balance, it was a British soldier who had fired the first shots on the day in question.

However, the PPS in it’s letter regarding the Official IRA said the republican suspects would be subject to the same test for prosecution as the soldiers.