Bloody Sunday decision: 'I object very much so in the delay to the decision to prosecute them for over eight years'-Michael Bridge 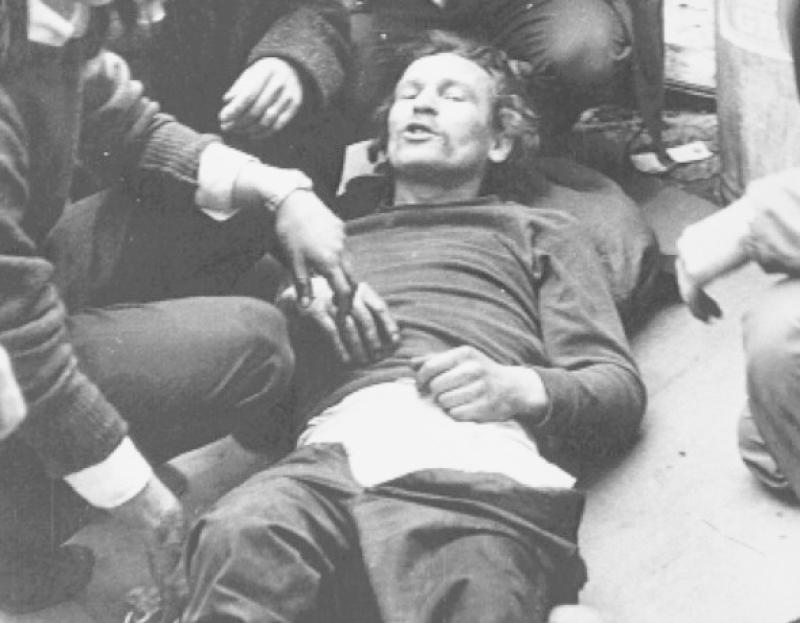 Michael Bridge was wounded on Bloody Sunday by Soldier N-a Lieutenant in the Parachute Regiment.

In January this year the Public Prosecution Service (PPS) revealed that they had been informed of Soldier N’s death by his legal team but were awaiting final confirmation of the man’s death in the form a death certificate.

It is now understood that a death certificate has been received by the PPS.

Speaking to the Derry News, Mr Bridge said: “The PPS decision is long overdue. It should have happened within months of the end of the police investigation.

“In relation to myself in the instance of Soldier N dying, that means there are now several of them gone.

“There should be no question of the soldiers being prosecuted-none whatsoever. They sat through two inquiries, as I did myself. The Saville Inquiry came to a conclusion that they shot 28 innocent people.

“They also came to the conclusion that they committed perjury. I believe the way the police reacted to that was questionable. The situation arises, quite simply, that when they joined that inquiry and they got anonymity, which I objected to, but they got it, they got immunity from prosecution, the situation was that they would never face any criminal charges about anything they did on Bloody Sunday if they told the truth to that inquiry.

“They chose not to do that. Saville was quite direct in his assessment of that. He said that they deliberately and knowingly lied to him.

“That’s perjury. That’s a criminal charge on its’ own. So, they are coming out now and saying they shouldn’t be charged with what happened on Bloody Sunday. But, I can’t see how that could be possibly justified.

“So, how can it be justified that they will not be prosecuted for perjury? If they are charged with perjury then that means immunity is taken away from them. The rules were quite simple. The rules of the inquiry said that if they told the truth nothing would happen to them, but if they told lies they’d face very serious charges.

“They chose the course they went down, they chose to lie at both inquiries. They got away with the first time at Widgery because the police didn’t have the will to pursue it. They think they’ve gotten away with at Saville, but they haven’t gotten away with it yet.

“So, if the same thing happens again, then what possible confidence could anyone have, under any circumstances, about the law being applied on an equal basis to everybody.”

The Derry News asked Michael Bridge for his opinion of what may happen if charges are laid against the soldiers after a PPS recommendation?

He said: “This is my opinion, I am not speaking for anyone else. I think that if they appear before a judge on charges of murder or attempted murder then the defence situation is that they still have immunity from prosecution. Are they then trying to tell me that they can try them with murder and perjury at the same time? “I think any judge will tell them to go away. That’s my opinion. I think the first thing the defence would say would be ‘are you aware that these people have immunity from prosecution from the Attorney General?’

“So, I can’t see how a judge can sit in judgement in those circumstances, no matter what Saville said because they haven’t been taken to task over it.

“And, irrespective of what happens, you will not see these guys in a trial for the next four or five years.

“All of the remaining soldiers are liable to prosecution for perjury. If that doesn’t happen then there’s a fault in the system because it can happen to anybody except the privileged few.

“If only a few of them are charged with perjury then I’ll want to know why. Since Soldier N died I have been fighting a struggling with myself about what use the PPS decision will be.

“I only ever refer to my own situation in relation to Bloody Sunday, I never speak about anyone else’s situation. The soldier in relation to my case is dead. He can’t be prosecuted for something he did back in 1972.

“But, I object very much so in the delay to the decision to prosecute them for over eight years.  I think that needs to be justified by the PSNI.

“I would doubt that I’ll be told whether or not Soldier N would have been prosecuted given the fact that they haven’t even published his name. Neither have they published the names of any of the other soldiers that died.

“Personally, I think they if they are found guilty of a crime at all, especially perjury their names should be published.

“The biggest problem there has been with anonymity is that it has only applied to soldiers and policemen over the years. There’s a chasm, or possible chasm of information to be addressed over what they’ve done or said down through the years.”