Bloody Sunday Decision: ‘Look what a group of ordinary people have achieved’-Michael McKinney 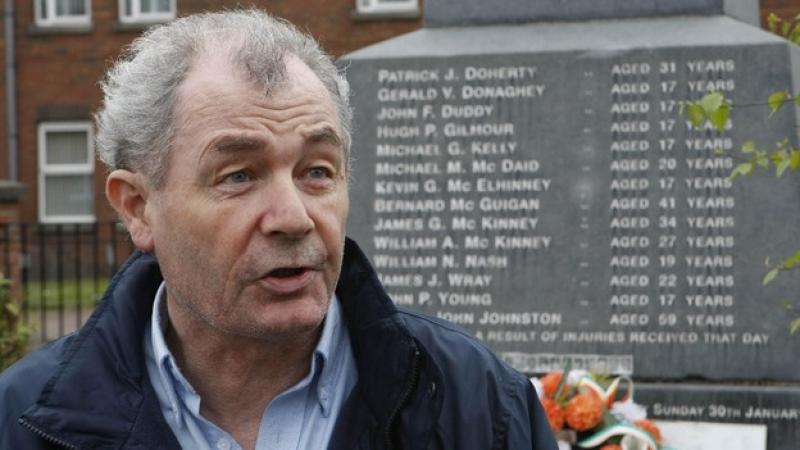 Michael McKinney, whose brother William was shot dead on Bloody Sunday has said the pending PPS decision on whether or not prosecutions of ex-soldiers will take place is positive proof of what people in Derry achieved.

Speaking to the Derry News about next Thursday’s announcement he said: “When we started the campaign in 1992 we had three demands, the third of which was that those responsible for the killings should be prosecuted.

“We know it has taken all this time and that can be regarded as disgraceful. We are waiting on the decision by the PPS knowing that a number of the soldiers are already dead.

Asked about the overall handling of the investigation into Bloody Sunday by the police and the PPS, Michael added: “Well, I have always suspected they have been purposely delaying the case and asked myself how they thought they were going to get out of this?

“Delaying tactics always greatly rise the suspicions and that was probably even greater when the police investigation broke down for a period because they said they didn’t have the resources to continue.

“We have to be suspicious in that case and I’ll always be suspicious of them, but we are now at the point where we will be told how many, if any, will be prosecuted.”

The Derry News also asked Michael McKinney what he thinks about statements from various British politicians that soldiers involved on Bloody Sunday and other Troubles killings should not face appearances in courtroom docks?

He said: “Well, they were very silent in 1972 and didn’t condemn the actions of the soldiers then. In fact they sent a lie around the world that stayed in place for 40 years that those shot dead and wounded were gunmen and bombers.

“The campaign for an inquiry exposed that lie and forced an apology and that was because of what the families did.”

Also asked what effect that campaign and the subsequent eight year wait to see if prosecutions will be announced in seven days time, Mr McKinney said: “Of course it has been stressful. There are aspects of it that have never been talked about and I am sure that that’s par for the course in most similar campaigns.

“I remember way back when we started this campaign, people telling us we were nuts and that we would get nowhere. But, look what we as a group of ordinary people have achieved.”