Bloody Sunday decision: ‘I don’t give a damn about their age, they must face the consequences of their actions’-John Kelly 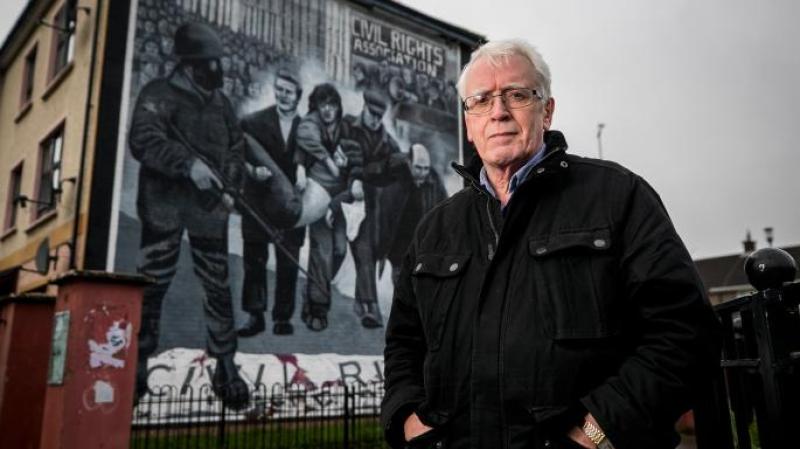 Michael Kelly was 17-years-old when he was gunned down on Bloody Sunday.

His brother John was 23-years-old and saw Michael carried into an ambulance to be ferried to Altnagelvin Hospital.

John was there when Michael was pronounced dead and also witnessed first hand the carnage left behind in the hospital mortuary by the Parachute Regiment.

Today, John Kelly works at the Museum of Free Derry and is a member of the Bloody Sunday Trust. And, he has never been in doubt that those responsible for the killings on January 30, 1972 in the Bogside should be behind bars.

Referring to recent English press reports speculating that four of the soldiers will face prosecution for murder John said it was little more than an attempt to obscure the upcoming Public Prosecution Service decision and create sympathy for the British ex-servicemen.

“To tell you the truth these reports are scandalous. There were even basic facts missing from them regarding the number of soldiers being considered for prosecution. It’s complete and utter balderdash. The families are under enough stress and pressure as it is.

Asked about the process of getting to the point where prosecutions may be announced John Kelly told the Derry News: “It’s been hard work and there have been many ups and downs, but we’ve got here because of the determination of the families and the dignity they have maintained.

“We are about to see the third demand of our campaign realised and I do believe there will be prosecutions.

“There have been references to the ages of the soldiers that may face prosecution and that they are old and infirm. But, personally speaking I don’t give a damn about that. They have to face the consequences of their actions.

“One of the Hatton Garden robbers was in his 70s when he went to jail and there have been many cases of sexual abusers and paedophiles also charged and jailed in the same age brackets.

“So, in reality this about making a difference about the fact that 13 innocent Irish people being murdered. I believe that the Irish as far as they are concerned don’t equate to the same status as British soldiers.

“I am looking forward to next week because justice has to be seen to be served and there is no sell by date on murder.

“These guys came into our city and murdered our people. In doing that they created a monster of the conflict. If Bloody Sunday hadn’t happened how many people would still be alive today. But, it did happen so they have the blood of our people on their hands and the blood of many others over the years.”

CAPTION: John Kelly whose brother Michael was gunned down by the Parachute Regiment on Bloody Sunday.
ADVERTISEMENT - CONTINUE READING BELOW