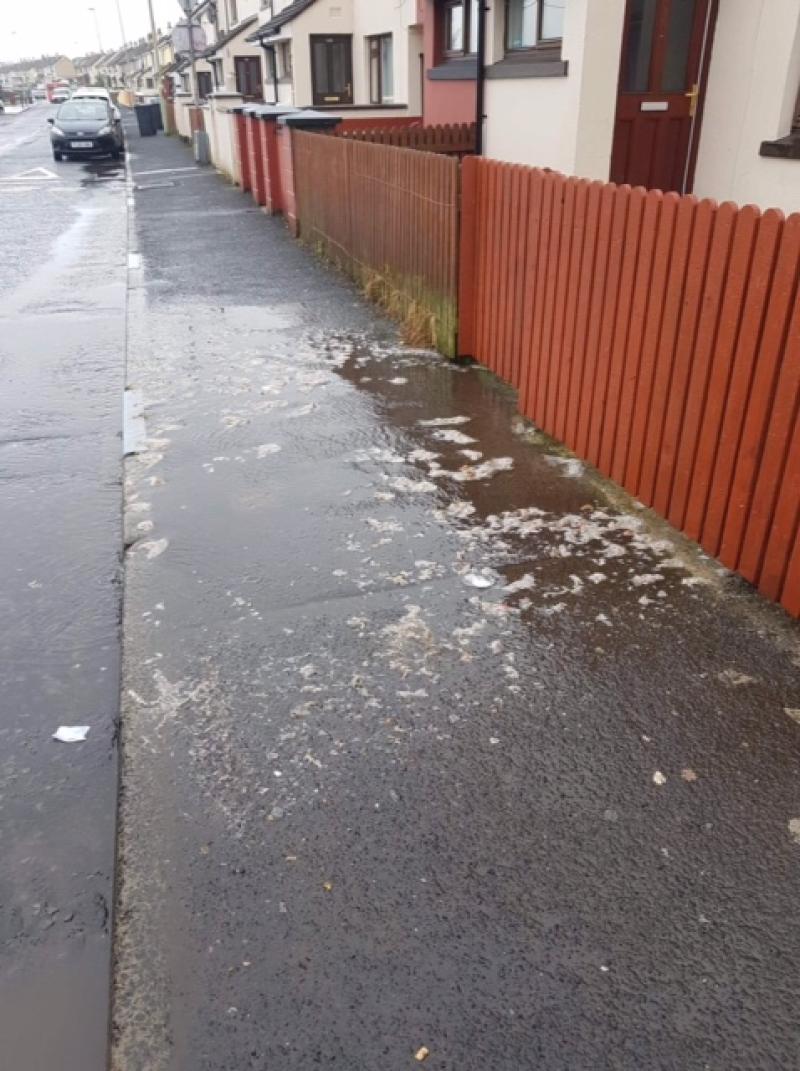 NI Water has been branded a “disgrace” after heavy rain in the Creggan area caused raw sewage to flood from a drain on to a street “heavily populated” by young children. The incident occurred in Creggan Heights after heavy downpours on Tuesday night, and yesterday Independent Councillor for the Moor ward Gary Donnelly told the Derry News that the authorities failed to address the issue when called upon. One local resident, Liam O’Driscoll, has a son with “severe autism” and he expressed frustration that neither the Housing Executive or NI Water took ownership of the problem. “My son has severe autism and the flooding wasn’t as bad when I got up to take him to school. “I think the flooding happened at about half seven this morning.  The sewage is now coming up the drain and going over the street and into the garden. “I won’t be able to let my wee boy out now because he doesn’t understand not lifting things, so he would just lift it and put it in his mouth. “I phoned the council first and was told to phone the Housing Executive but they just said ‘we’ll mark it down’.” Alan O’Hagan, an elderly resident and wheelchair user from the Creggan area, couldn’t get to his daughter’s house because of the “toilet roll and excrement” covering the footpath. He said the raw sewage was “running right down into the garden” and onto the footpath which made it impassable for him in his wheelchair. Independent councillor for the area, Gary Donnelly, described the situation as a “disgrace” and criticised NI Water for its handling of the issue.  Calls to have the sewage dealt with were met with advice to track a reference number online which he said wasn’t good enough in an area that is populated by young children. In response, NI Water confirmed that it has received reports of out of sewer flooding in Creggan Heights following a period of heavy rainfall on Tuesday night. She added: “While it is still too early to determine the cause of the out of sewer flooding, it is a timely reminder of the unpleasant impact of putting the wrong things down the sewer.  The most common cause of blockages are baby wipes and sanitary items. “We would appeal to everyone to only flush the three Ps – Paper, Poo and Pee.  Residents genuinely do not realise the harm they are doing to the sewer system when they flush other items.  It is only when sewers overflow that we can truly see the impact it can have on the community.”
ADVERTISEMENT - CONTINUE READING BELOW