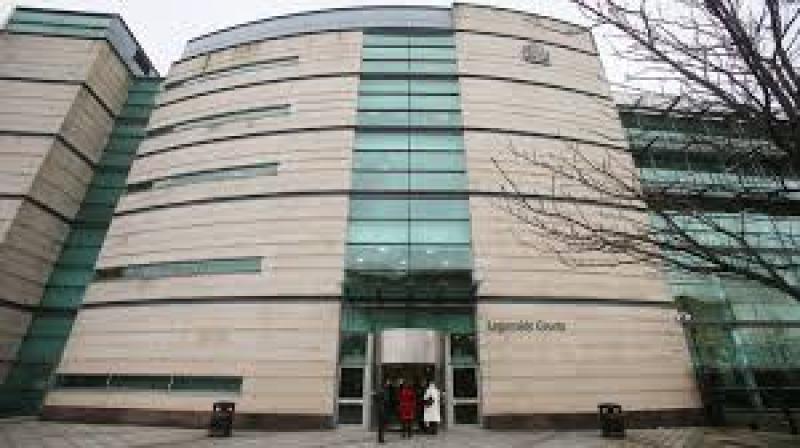 A dissident republican from Lurgan who attempted to murder a police officer in Eglinton has been jailed for 25 years.

Sean McVeigh (38) from Victoria Street in the Co Armagh town was convicted of the crime in February but received his sentence at Belfast Crown Court last Friday, March 8.

Judge Stephen Fowler described McVeigh as a “committed dissident republican terrorist” and said it had been a “terrifying ordeal” for the PSNI officer who had been targeted.

A bomb was discovered under the car belonging to the policeman and his wife, also a police officer, on June 18, 2015.

The PSNI believed that McVeigh was one of three men involved in the attack. The convicted man was arrested by Gardai in Donegal following a car chase. However, having refused to answer questions during interview he was releasedon bail.

However, McVeigh was arrested again in May 2016 by the PSNI at Portadown train station.

The court heard that McVeigh had 36 previous convictions but this was the first time he had been charged with the possession of explosives.

In a statement, detectives from PSNI’s Major Investigation Team welcomed the sentencing.

Detective Chief Inspector John Caldwell said: “In the middle of the night on 18 June 2015, Sean McVeigh attempted to attach a bomb under the car of a male police officer when he was disturbed by the victim’s wife, who is also a serving officer. It was simply through sheer luck that the woman woke up, looked out her bedroom window and caught Sean in the act or two police officers could potentially have been seriously injured or murdered.

“Sean McVeigh chose to attack two officers who had selflessly chosen to protect their community and keep people safe despite the ever present threat posed by dissident republicans. I am thankful that despite Sean’s evil intentions, he was unable to take these people away from their families and destroy numerous lives all in the name of his warped ideology.

“Sean gave little thought to the community of Eglinton and his reckless actions could have caused devastating harm to residents living in the area if the bomb had exploded. Furthermore, the incident caused considerable disruption and upset to the local community, some of whom had to be evacuated from their homes in the middle of the night.

“Today’s success follows a rigorous investigation by detectives and I welcome the fact that Sean McVeigh is behind bars. His plan was to destroy lives and it demonstrates the ruthlessness and recklessness of those opposed to peace and who live for violence. Northern Ireland is a safer place with this terrorist removed from our streets.

“I would like to thank our colleagues in PPS and officers from An Garda Siochana who provided assistance in stopping Mr McVeigh when he crossed into Donegal as he fled the scene of the crime and their continued support during the criminal justice process. I would like to pay tribute to the local community for their ongoing support, the vast majority of whom want Northern Ireland to be a place where people can live together peacefully.”