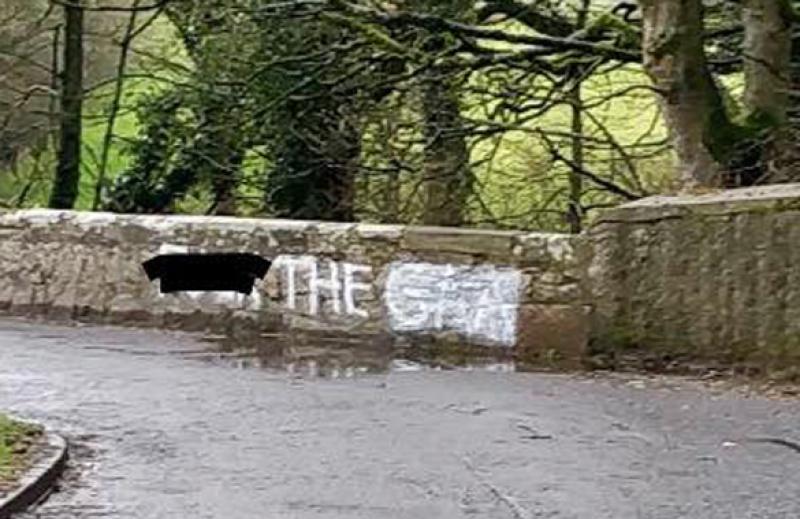 Police in Derry are treating a weekend attack on an Orange hall in Claudy as a ""hate crime." PSNI Inspector Yvonne McManus said they were investigating an act criminal damage.   She added: "We received a report shortly after 11:15am that graffiti had been spray painted on the side of the hall on Main Street. It's believed this occurred sometime between 10pm on Friday, 8 March and 6am yesterday.  "This is being treated as a hate crime at this time, and our enquiries are continuing.  "I am appealing to anyone who was in the area between these times and saw any suspicious activity, or anyone who knows anything about this incident to call us on the non emergency number 101, quoting number 431 of 09/03/19.  “Alternatively, information can also be provided to the independent charity Crimestoppers on 0800 555 111 which is 100% anonymous and gives people the power to speak up and stop crime.” Sinn Féin Faughan representative Conor Heaney has condemned those responsible for the attack. He said: "The graffiti painted on Claudy Orange Hall was wrong and I condemn it.  "Those responsible represent nobody and have nothing positive to offer the local community.  "I would call on anyone with information on this incident to bring it forward to the PSNI.”  Meanwhile, police said following the report yesterday of graffiti having been placed on an Orange Hall they were made aware of "damage" caused to the bridge (pictured) on Longland Road. A spokesperson said: "We are unsure if the two incidents are linked and would appeal to anyone who noticed any suspicious activity in the Longland Road area over the last few days to get in touch quoting the reference number 568 of 10/03/2019."
ADVERTISEMENT - CONTINUE READING BELOW