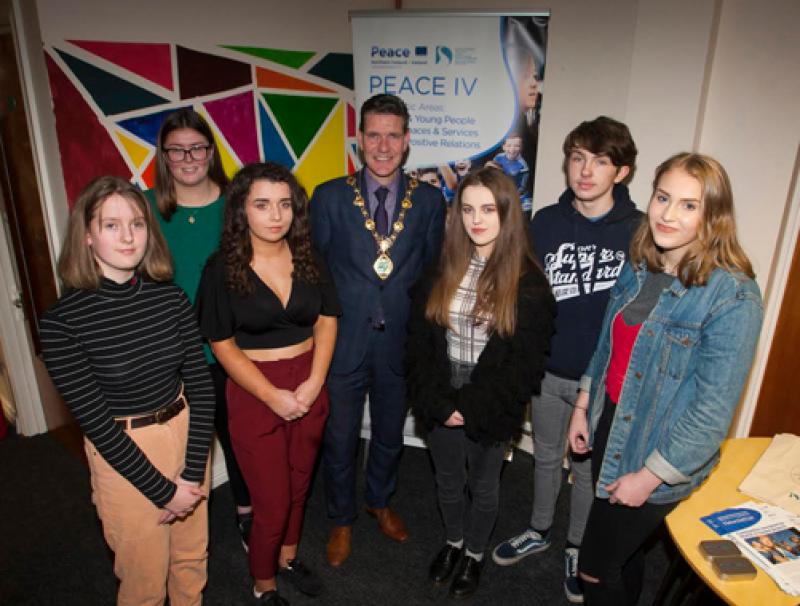 A second round call for applications to the new ‘Change Something Fund’ will open on Monday 11th March 2019 – and organisers are encouraging young people aged 12-24 throughout Derry and Strabane to apply for grants from £200 to £3,000, in particular those from rural areas of the district. The £100k ‘Change Something’ initiative is jointly funded by Council and The National Lottery Community Fund as part of ‘Youth 19’ – a year dedicated to young people in the North West – and is being delivered by the Community Foundation for Northern Ireland's Acorn Fund. The first open call for applications to the ‘Change Something Fund’ was launched in mid-October 2018 – with a judging panel comprising of young people aged 12-24 awarding first round grants of £50,000 to 26 groups from across the Derry City & Strabane District Council area. The first round grants have already funded some ambitious projects, including a cross-community Youth Café, a schools’ recycling initiative and a number of programmes focusing on the health and wellbeing of children and young people from throughout the City & District. Welcoming the opening of the second round of grants to the ‘Change Something Fund’, Mayor of Derry City and Strabane District Council, Cllr John Boyle said: “I’ve had a great time in recent weeks visiting some of the groups who have benefitted from the first round of ‘Change Something’ grants – and seeing first-hand the significant impact that these projects are having on local communities. “Indeed, it’s been amazing to meet up with some of the inspirational young people who successfully applied to the fund and are now bringing such positive change to their community. “This fantastic initiative allows young people to take a lead role in creating special projects and activities which sit alongside a programme of Youth 19 events that have the priorities, needs and rights of young people at their core. “I’d therefore encourage other 12-24 year olds – in particular those from rural areas of the district – to apply for the second round of grants to the ‘Change Something Fund’ and in doing so turn their imaginative proposals into reality!” Julie Harrison, The National Lottery Community Fund NI Chair, said: “It’s great to see the first round of grants already making such a huge impact on the ground. “We support great projects that come from ideas from local people, bring people together and help communities to thrive across Northern Ireland, and the Change Something Fund is allowing us to do that with young people in the North West.” Derry City and Strabane District Council’s Children & Young Peoples Officer Claire Lynch added: “The exciting ‘Change Something’ project really is providing young people with the opportunity to shape the future of the North West. “As evidenced in the fantastic response to the first round of grants and indeed the wide-ranging projects now being implemented, it is clear that we have a young and vibrant population who have so much to offer in terms of ideas and hopes for the City and District. “I’d therefore urge other young people to apply for the second round of grants for ‘Change Something’ activities which can be any project or initiative that’s important to you and will make a difference in your local community!” The second open call for grants to the Change Something Fund – which particularly welcomes applications from rural areas of the District – and will see an additional £50k awarded to local groups will open on Monday 11 March and close at 5pm on Thursday 11 April 2019. To apply to the Change Something Fund visit youth19.com/change_something For further information and updates on the Change Something Fund visit youth19.com
ADVERTISEMENT - CONTINUE READING BELOW