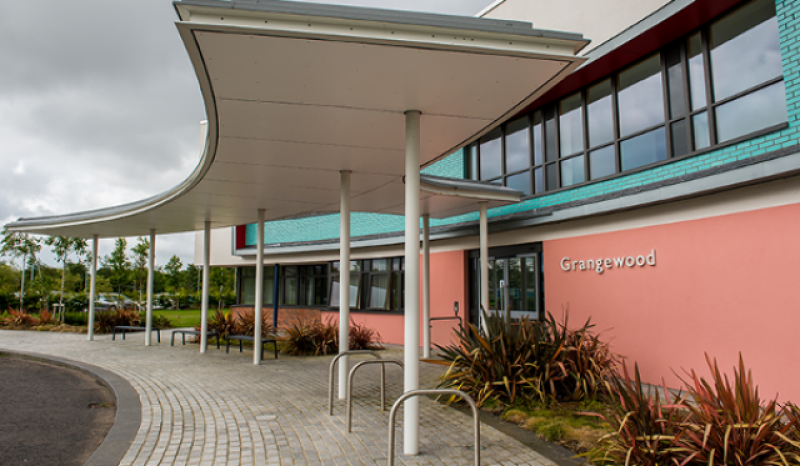 The number of admissions to a mental health crisis unit in Derry has risen by over sixty-five per cent in recent years, highlighting a service under “serious pressure”, it has emerged. Figures obtained by way of an FOI request from independent nationalist candidate for the Moor, Emmet Doyle, show that from 2013 to 2018, the number of people admitted to Grangewood mental health facility in the city has increased from 497 to 825.  That represents an increase of 66% over six years. Patient numbers have fluctuated during that time but averaged around 675 between 2014 to 2017.  Since opening staff numbers have remained unchanged at 58 – comprised of 53 nurses, 2 consultants and 3 other staff members. Grangewood has been operational since November 2012 when then chairman of the Western Trust, Gerard Guckian, said the old Gransha admission wards were "no longer fit for purpose". It is an acute mental health inpatient unit with thirty beds which is situated in the central aspect of Gransha Park. The crisis unit provides inpatient acute mental health care, alongside a 24 hour, seven days a week crisis response and home treatment service. Mr Doyle said admissions to the mental health facility have “skyrocketed” and people are finding it hard to access services - evidenced by Western Trust performance reports showing that 1,000 people were waiting to access psychological therapy at the end of December. However, the Western Trust insisted that the facility is “appropriately staffed” and gave assurances that investment through transformation funding is forthcoming which will see mental health staff based at GP practices and acute hospitals in Derry this year. Mr Doyle commented: “The information I have uncovered shows what we all already know, that our mental health services in the city are under serious pressure and people are finding it hard to get access to support. “Whilst these figures show admissions to Grangewood skyrocketing, this is an acute facility, there are thousands of people who aren’t referred or admitted and are instead asked to access services at Old Bridge House which is seriously under-resourced to meet the demand. “If we don’t invest in accessible child and adult mental health services this city will face a tsunami of mental illness for no other reason than the leadership and resources haven’t been put in place by MLA’s of all parties who won’t go to work. “With this massive upsurge in admissions to Grangewood the staff numbers have remained the same since the facility opened.  Our healthcare staff are the backbone of our community and it is time we all stood up to ensure they get all they need to treat people in our city.” ‘Meeting demand’ In a statement to the Derry News a Western Trust spokesperson said that Grangewood is “appropriately staffed” and the increase in numbers is evidence of a service meeting demand. She said: “Grangewood is appropriately staffed to meet the needs of up to 30 patients at any one time.  Patient to staff ratios are kept under continuous review to ensure safety and effectiveness and adjusted to meet any additional presenting needs as required. “The increase in numbers of people being admitted and discharged from Grangewood demonstrates patient flow and is evidence of a system that is meeting high demand effectively.” She continued: “Mental Health services continue to develop to meet peoples’ needs.  The Western Trust is working with the Department of Health, Health & Social Care Board, and colleagues in Primary Care services on a range of investments through transformation funding including the development of services that will see mental health staff working in our acute hospitals and in GP practices in the coming year.”
ADVERTISEMENT - CONTINUE READING BELOW