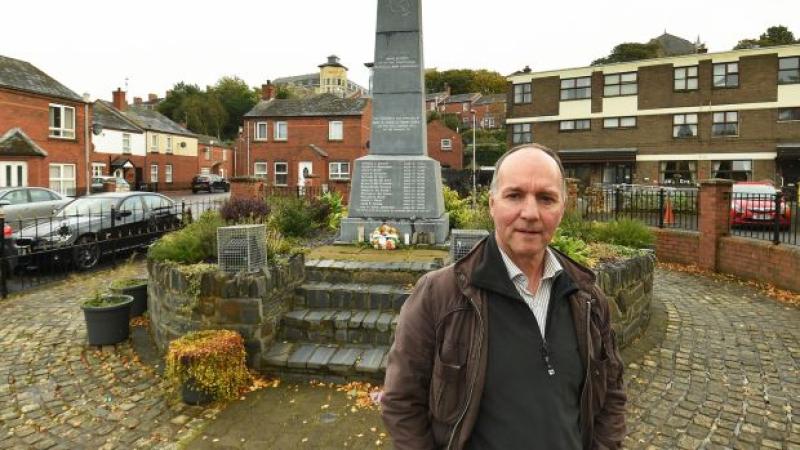 The chair of the Bloody Sunday Trust has appealed to people in Derry to join them at the monument to the victims of the 1972 massacre tomorrow morning just before it is learned whether or not the soldiers responsible for the deaths will be prosecuted.

An announcement from the Public Prosecution Service to the families of the dead and those wounded will be made this morning at the City Hotel. The families are expecting to be informed at around 10am news of the decision emerging shortly afterwards.

Tony Doherty said: “This is another momentous week for the Bloody Sunday families and the people of Derry who have stood by them over the decades.

“While no-one outside of the Public Prosecution Service knows exactly what is going to transpire, we can only assume a likelihood that ciphered soldiers from the Parachute Regiment will at last face charges of murder and attempted murder on Bloody Sunday.

“While welcoming this crucial milestone on the families’ road towards justice, the Bloody Sunday Trust, like most other right-thinking people, believes that those who ordered the soldiers into the Bogside deserve to be in the dock too.

“It is highly unfortunate that, even with the benefit of the Saville Inquiry, as well as the wider peace process, the British military establishment does not appear to have learned the lessons of its own murderous history in Ireland.

“Recent hurtful comments from soldiers as to their ‘good job’ on Bloody Sunday, coupled with the insanity of the Ministry of Defence seeking to impose a Statute of Limitations on the actions of British soldiers who carried out atrocities here, have been met with dignity and perseverance by hundreds of families struggling for justice for their loved ones.

“When injustice of such magnitude occurs, the truth always finds its way back. When lies and cover-ups follow, the people most directly harmed by injustice will always work and graft to smooth the passage of truth, one way or another, even if it takes decades. The thousands of Mau-Mau prisoners tortured and executed by British forces in Kenya in the 1950s is a testimony to that. It is no different here.

“We again invite the people of Derry to join the Bloody Sunday families at 9am at the monument in Rossville Street this morning as they take a huge stride forward on their journey towards justice.”

CAPTION: Tony Doherty, Chair of the Bloody Sunday Trust whose father Patrick was killed on Bloody Sunday has urged people to come to the memorial to the massacre at 9am tomorrow morning in advance of the PPS announcement on prosecutions.
ADVERTISEMENT - CONTINUE READING BELOW