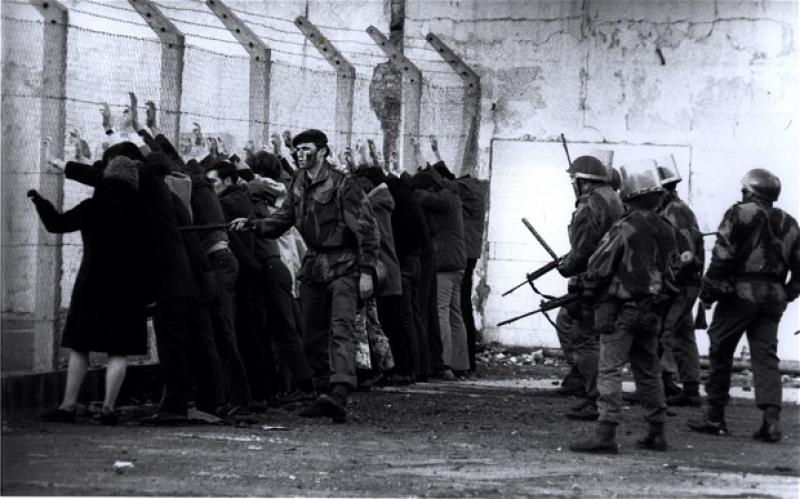 A group of families awaiting tomorrow’s Public Prosecution Service announcement on whether soldiers will face prosecution for their actions on Bloody Sunday say the judge who chaired the inquiry into it knew the full demands of the campaign that led to it. The committee for the Bloody Sunday March for Justice were responding to an interview given to the BBC earlier today by Lord Mark Saville who was the leading legal voice in the panel of judges during the 12 year long tribunal. Asked by the BBC if he thought the adjudications made during the Bloody Sunday Inquiry created the scope for the prosecution of soldiers who killed and wounded people 47 years ago in the Bogside, Lord Saville said: "We were not there for that purpose - we were there simply to try to find out what happened.” And, asked if he accepted that without the Saville Report the prospect of former soldiers being prosecuted may not have happened, he said: "I simply don't have the answer. The campaign by the families was for a new inquiry. "Some thought that those soldiers who were found responsible should be prosecuted but overall the campaign for Bloody Sunday originally was for an inquiry to find out what happened and why, rather than a question of prosecutions." Former soldiers were granted anonymity and assured that submissions to the Saville Inquiry wouldn't be used in any subsequent criminal proceedings. "If we had not given those assurances, backed by the director of public prosecutions, people could quite legitimately have refused to answer questions on the grounds that answering might incriminate them.” However a spokesperson for the Bloody Sunday March for Justice campaign told the Derry News: “Lord Saville was quite simply wrong when he said that the Bloody Sunday families only wanted an inquiry and had never asked for the soldiers who killed our loved ones to be prosecuted. “The demands of the campaign were repeatedly set out: repudiation of the Widgery Report; a declaration that all the dead and wounded had been innocent; and the prosecution of those responsible. “No lawyer for any of the families stated during the Inquiry that their client didn’t want prosecutions. “Lord Saville and others may have been given the impression that the families wouldn’t pursue prosecutions. If so, whoever gave him that impression was not speaking for the families. “We knew from the outset that evidence to the Inquiry could not in itself be basis for prosecutions. But we also knew that evidence given to the Inquiry could be used as the starting point for investigating whether criminal charges should be brought. This is what happened. “The public Inquiry into the Hillsborough disaster provides a precedent. Ninety-six Liverpool football fans were crushed to death as a result of the actions and inactions of the South Yorkshire police. “The most senior officer involved on the day, Chief Superintendent David Duckenfield, has been charged with 95 counts of manslaughter. All we are asking is that the same standard should apply to those who killed our family members.”
ADVERTISEMENT - CONTINUE READING BELOW