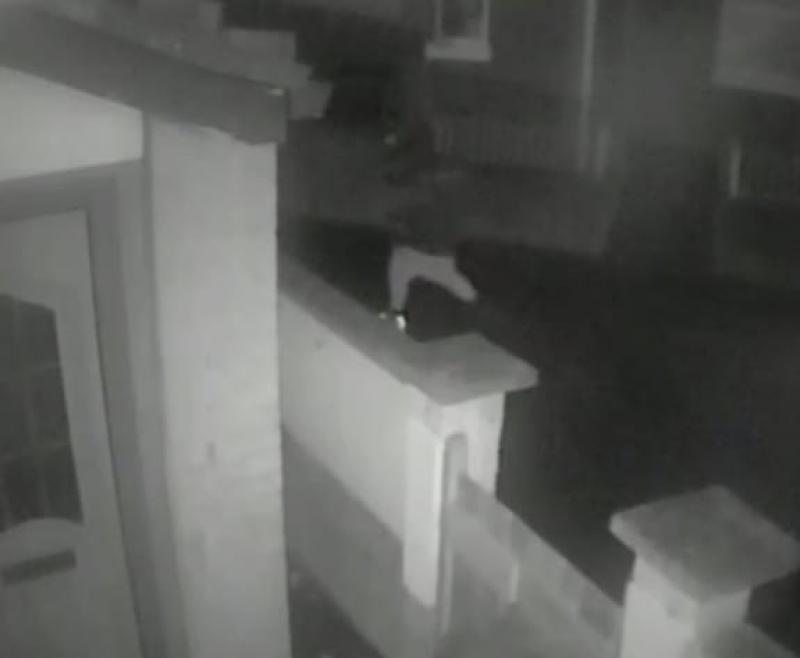 A Derry woman has been left “petrified” after discovering a burglar in her home in the Ballymagroarty area of the city. The individual posted online that the “vermin dirty scumbag” broke into her property and took a TV off the wall before hiding behind the living room door. She added that the incident has left the family “petrified” and told the Derry News that she was too scared to make any comment. A concerned neighbour captured an image of the perpetrator fleeing the scene on her CCTV camera and expressed relief that the family were unharmed. Independent councillor Darren O’Reilly warned those in the community to be vigilant and said there has been a noticeable upsurge in this type of criminality. Speaking yesterday, he said: “Even last night I heard about a resident who noticed someone in her back yard, so this doesn’t seem to have deterred these people from accessing houses. “There has been a recent upsurge in this kind of activity and they are gaining access to people’s houses which is a frightening development. “People need to be vigilant, make sure they have their doors locked and look out for vulnerable neighbours.  And if anyone finds themselves in that situation I would ask them not to challenge these people because you never know how someone will react. “The community is fearful of this type of activity and it’s completely unacceptable.” A PSNI spokesman confirmed that police received a report of a burglary at a house at Ennis Place in Derry on Monday 11th March. He added: “It was reported that a man was disturbed in the house by the occupant at around 10.15pm. The man, who was described as being of heavy build and wearing a black coat, then left the house on foot after being confronted. “Enquiries into the incident are ongoing and officers would ask anyone with any information which could assist with their enquiries to contact them at Strand Road on 101 quoting reference number 1436 11/03/19. “Alternatively, information can also be provided to the independent charity Crimestoppers on 0800 555 111 which is 100% anonymous and gives people the power to speak up and stop crime.”
ADVERTISEMENT - CONTINUE READING BELOW