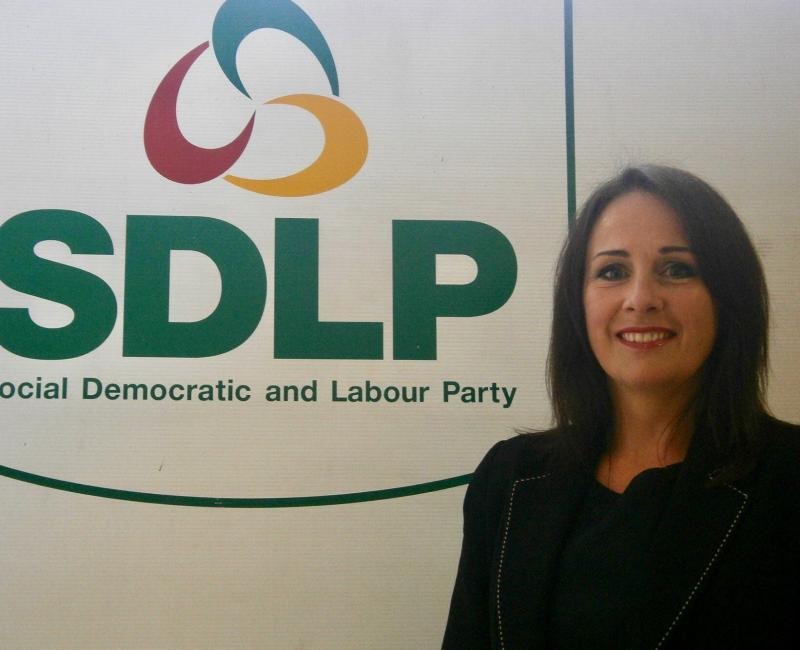 A SDLP Councillor has lodged a motion requesting that all political representatives agree to have no representatives inside polling stations at the upcoming local elections.

Councillor Shauna Cusack’s proposal will be discussed at tomorrow’s (March 26) final full local authority meeting before the Council election on Thursday, May 2.

The motion asks all parties and independent representatives to voluntarily abandon the unwritten convention that party workers are inside polling rooms whilst voters cast their ballots which in her view is a “wholly unnecessary” practice.

The text of the proposal states that a precedent be set at this year’s election that will remain in place for all future contests.

Ms Cusack says in her motion that she wishes the elected representatives on Council to agree that the presence of election workers inside polling rooms taking note of who has voted makes people “uncomfortable.” She also contends that the practice can put people off voting “which is harmful to the democratic process.”

The SDLP Councillor added that Electoral Office staff have “adequate checks and balances within their own system and procedures to ensure voter detail accuracy.”

Speaking to the Derry News Councillor Cusack said: “Basically people have asked me why people are inside polling rooms marking off their details-what’s the need for it?

“They are right, there is no need for it and it is not a legal requirement. Not all parties see a necessity for it. “

In May 2018, new European legislation governing data protection came into force. The General Data Protection Regulation (GDPR) replaced the Data Protection Directive and is aimed at creating common data practices. Councillor Cusack believes that the continued presence of political workers inside polling rooms may breach this.

“If someone objected to this and wanted to make case out of it the Council may find itself liable for it. So I think that rather than take that risk we should remove the risk.”

The SDLP representative continued: “The contention is that party workers are they to prevent personation, but how is that prevented under this practice. There is nothing there to say that someone is falsely casting a vote so this function is defunct because you cannot take the information outside the polling station.

“The Electoral Office has its own checks and balances. Voters have told me that this practice makes them anxious. When I began voting myself I felt intimidated by the shouting of information across a polling room.

“There is nothing within Council that can prevent this but I am hoping in bringing this motion that everyone will agree to it willingly.”