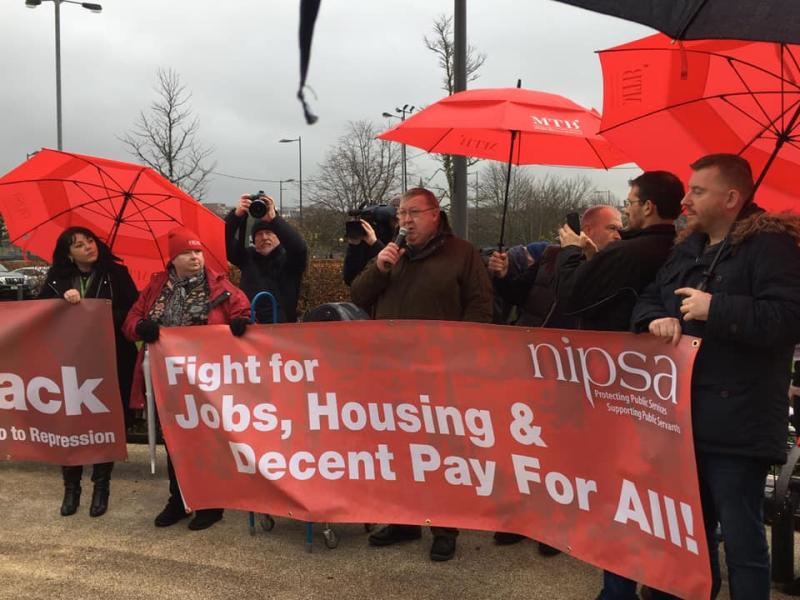 The Derry Trades Union Council has called for labour movement mobilisation to oppose a hard border. A statement sent to the Derry News read: "As trade unionists we are opposed to any attempt to reimpose a hard border. This would represent a tremendous step backwards. We believe this reflects the opinion of the vast majority of people North and South and from all communities. "A hard border would undercut workers rights and would threaten the interests of the vast majority of people here. As trade unions representing workers in border counties we understand the damage this would cause in people's day to day lives. "The Derry Trades Union Council is calling for the entire trade union movement across the island to join us in pledging to mobilise against any attempt to impose a hard border by using, if necessary, the best traditions of the labour movement - demonstrations, protests, strikes, walkouts and sit-downs. "The trade union movement in its totality is the largest and most representative body across the island. This is the best way for us to voice our opinion on behalf of all ordinary people North and South." It added: "More than one hundred years ago trade union leader James Connolly warned partition would create a 'carnival of reaction' on the island. "For this reason he called on the labour movement to do all it could to mobilise against division. Today, we must not allow a hard border to become a source of renewed reaction and division. We want to go forward not backwards. "We urge trade unionists from all backgrounds and everyone in our communities to join us in pledging to oppose any attempt to impose a hard border that no one wants or supports." Photo: Liam Gallagher, Chair of the Derry Trades Union Council, speaking at a recent rally in the city.
ADVERTISEMENT - CONTINUE READING BELOW