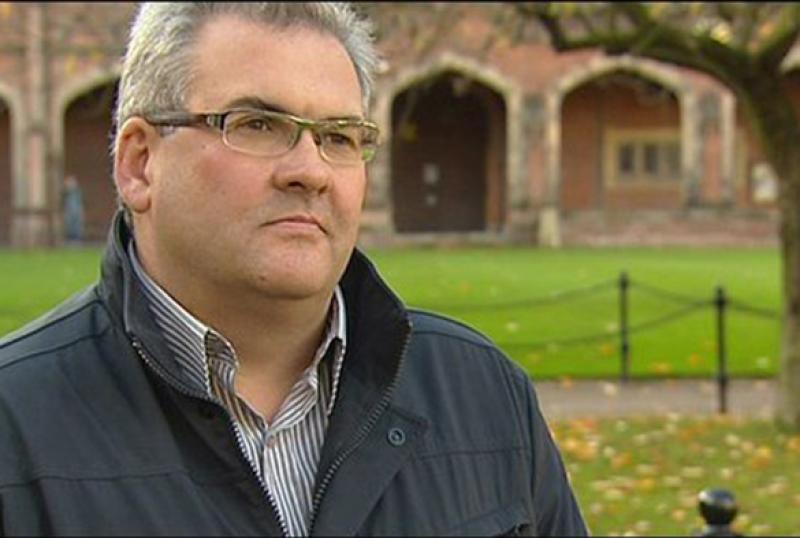 An event to inform former conflict-related prisoners of their employment rights will take place in Derry today.

A Review Panel was set up at Stormont in 2010 to oversee how employers’ implement guidance to ex-paramilitary prisoners. The panel's job is to consider individual cases and gather evidence on the issue of ex-prisoners who experience barriers when seeking jobs.

The current independent chair of the body is Professor Peter Shirlow and it also includes a representative from the Stormont Executive, Peter Bunting from the Irish Congress of Trade Unions and Alan Mercer from the Confederation  of British Industries.

Professor Peter Shirlow (FaCSS) is the Director of the Institute of Irish Studies at the University of Liverpool.   He has over 25 years of experience working in conflict studies. Alongside Northern Ireland, this work has taken him to Yugoslavia, Moldova, Bahrain and Iraq.

Over the course of the Troubles it is estimated that approximately 30.000 people received convictions, were remanded, fined or interned.

Professor Peter Shirlow said: "In 2019, over 20 years after the Good Friday Agreement the majority remain unemployed, under-employed or in short-term work."

The Employers' Guidance on Recruiting People with Conflict-Related Convictions was developed by the Office of the First and deputy First Minister before the restoration of devolution in 2007.

It promotes recruitment and doesn't remove existing vetting legislation. It also encourages employers to consider the material relevance of a conviction in considering the post that has been applied for. Neither does the guidance seek special treatment for people with conflict-related convictions or promote positive discrimination practices.

To aid those who are unaware of Employers' Guidance on recruiting people with conflict-related convictions the Review Panel has taken on a series of roadshows to increase the reach of the available information.

Currently in the North no person with such a conviction falls under the protection of fair employment legislation. They have no rights under discrimination law and employment is at the discretion of the employer.

"This due in part to vetting legislation an ongoing barriers that still exist today, blocking the opportunity for these individuals to participate fully in society," Peter Shirlow continued.

But, while a commitment was given by the British Government in the St Andrew's Agreement to work with business, trade, trade unions and ex-prisoner's groups to produce guidance for employers in the private and public sector there are still blockages to employing former prisoners.

Speaking to the Derry News Peter Shirlow said: "There are two main issues. Firstly, those with conflict-related convictions experience an above average level of unemployment and secondly they are underemployed.

"Whilst they are often highly qualified they are doing jobs that are not linked to their qualifications."

The well-known academic also asserts that the problem has now become an inter-generational one and is impacting on the children and grandchildren of former prisoners.

"The reasons why this happens is that employers are legally permitted refuse employment on this basis.

"Most of those with this type of conviction came from deprived communities, but they are likely to be better qualified because of prison and be better trained. They are a section of society experiencing two-thirds unemployment but are able to make a contribution.

"However, they are experiencing mental ill-health and finding it hard to cope in a lot of cases. These are issues that those who are in work are far less likely to encounter."

The situation according to Peter Shirlow also allows those paramilitary factions against the Peace Process to justify continuing violence.

He said: "It allows those who criticise the Peace Process to say that nothing has changed and that prisoners have accepted a system that still treats them as second-class citizens. So it impacts upon communities and it impacts upon families.

"The Review Panel has succeeded in getting people jobs. We are coming to Derry to report back to what would have been the Executive about what the experiences have been there and we need ex-prisoners to come and talk to us," he said.

More often than not these days application systems for jobs are electronically based and once the section about previous convictions are completed Professor Shirlow says that applicants are automatically rejected.

"There are labour markets shortages but we've had instances where people have been offered jobs and told to start on a Monday, but the Friday beefier the offer is withdrawn because the vetting process results come in. At that stage you are entering really emotional terrain for people in this position.

"This doesn't mean that all employers use the vetting process. The Northern Ireland Civil Service has accepted the guidance principles. They provide 37 per cent of employment in Northern Ireland and they have shortages.

"The ex-prisoner population is an aging one but they are a significant number of people in their 50s seeking employment. Another thing is that the Good Friday Agreement provided 'soft law' with regard to this issue but no actual legislative change so ex-prisoners are not covered by fair employment legislation.

"The existing law comes out of terrorism law created in 1978. The reasons for that no longer exist. I have found is that people in this position also have problems fostering children and getting insurance."

As an example of the situation Mr Shirlow told the story of the brother of a loyalist prisoner whose family experienced employment discrimination despite having no connection to paramilitarism.

"This man's brother was caught so he put his family in a car and took them to England away from the Troubles. One of his daughters later joined the police in England and was placed top of her class. A few days before she graduated a person walked in with a file and told her she'd never be in the police. She didn't even know her uncle or what he'd been involved in. That's the level at which it operates. It's shameful.

"It examines parents, grandparents and even anyone who adopted or fostered you. If a relative has been in prison what has that got to do with you?

"That's why it's important to come to places like Derry because if we have a peace process why are we using legislation from the 1970s?"

The event for ex-prisoners takes place today (March 25) from 10am-1pm in the Everglades Hotel. Those wishing to attend should register by calling 02890528401.