Bid to remove magnet for anti community activity near Glenowen 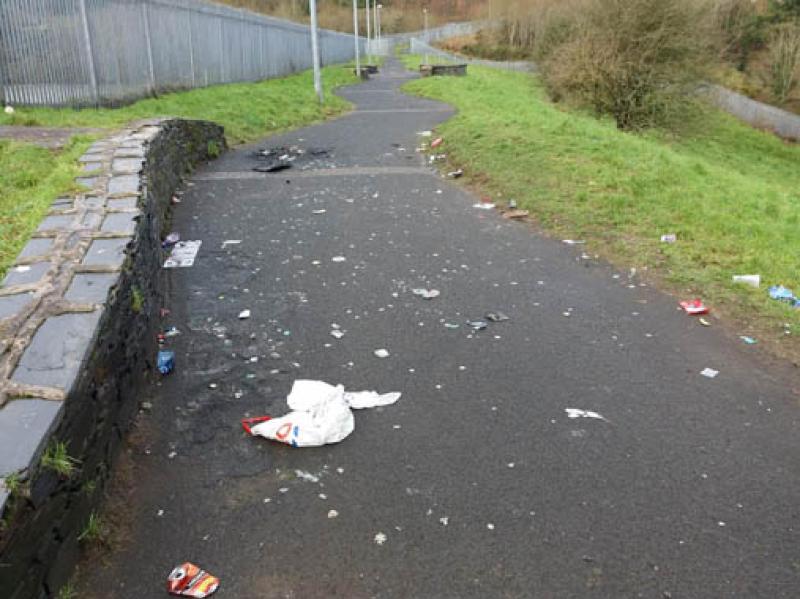 Sinn Féin Councillor Kevin Campbell said he was pleased with the outcome of a meeting he held with Council officials,Community Restorative Justice (CRJ) at the pathway between Westway and Glenowen about issues in the area. The meeting came about after trouble there over the last number of weekends at the pathway which links Westway and Glenowen. Groups of young people have been gathering there and getting involved in underage drinking. As the night progresses this turns into vandalism attacks, smashing bottles and causing a general nuisance. Councillor Campbell said: “I held an on-site meeting on Friday at the pathway which leads to Glenowen with a senior member of Derry City and Strabane District Council, CRJ, and the manager of Creggan Country Park to look at a feature in the middle of the pathway which has been a major magnet for young people at weekends. “Teenagers have been gathering in the centre of the pathway burning local residents bins, drinking alcohol and in general causing mayhem. “Most of the residents who have approached me from Glenowen have told me they would not use the pathway at night because of the anti-community activity and lately residents have been forced to chain their back gates to stop their bins being stolen. “On several occasions, the PSNI and the Community Safety Wardens have been called out by residents because of the large numbers of young ones drinking on the pathway. At Fridays meeting everyone agreed that if the feature was removed there would be no walls for them to sit on and drink and cause all this disruption and upset for local residents. It’s sad we have reached this situation, but we have to deal with the reality of what has been happening here." Cllr Campbell concluded: “The Council will now bring in a contractor to cost the removal of the feature and present it to committee for approval."
ADVERTISEMENT - CONTINUE READING BELOW