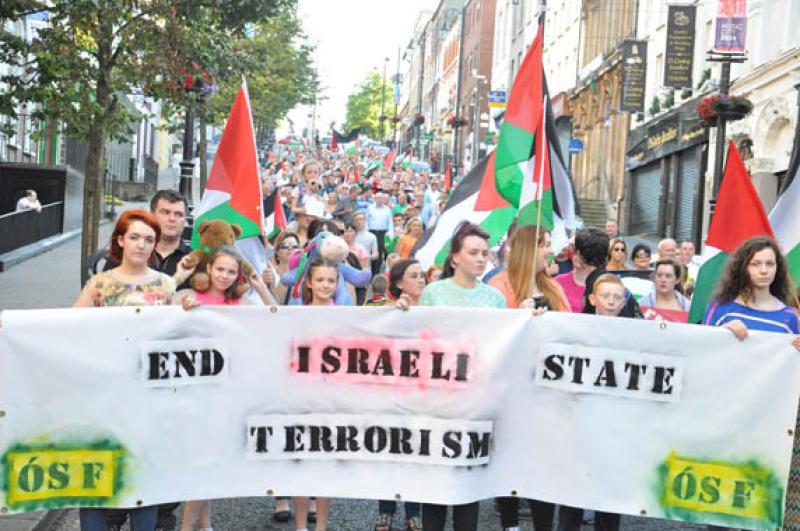 Sinn Féin international spokesperson Christopher Jackson has expressed his deep concern at the decision of the US President, Donald Trump, to declare that the occupied territory of the Golan Heights is part of Israel in direct contravention of international law. This follows on from the US declaration that Jerusalem is the capital of the Israeli state. Councillor Jackson said: “Israel invaded Syria’s Golan Heights in 1967 in an act of aggression that displaced 95 percent of the region’s population, approximately 130,000 people. Israel has illegally occupied the Golan Heights ever since and numerous United Nations Security Council Resolutions have condemned Israel’s illegal occupation of that territory. “This latest move by the Trump administration is another flagrant disregard for international law and it could have majorly disruptive effects on regional stability. I am conscious that there are currently hundreds of Irish troops in the Golan Heights on a UN peacekeeping mission and this declaration threatens their safety. “The fear now is that the United States could make a similar declaration about the West Bank in Palestine. This would be an attack on Palestinian sovereignty and a two state solution. “Israeli settlements in the West Bank, East Jerusalem, and the Golan Heights are illegal under international law. This latest move by the Trump administration puts them at direct odds with the rest of the international community. It is short sighted and potentially disastrous for the region at large, which is still trying to recover from the latest botched attempts at US intervention." Cllr Jackson concluded: “I am calling on the Tánaiste, Simon Coveney, to distance Ireland from this US declaration and restate that Ireland recognises that Israel’s occupation of the Golan Heights is illegal. Attachments area
ADVERTISEMENT - CONTINUE READING BELOW