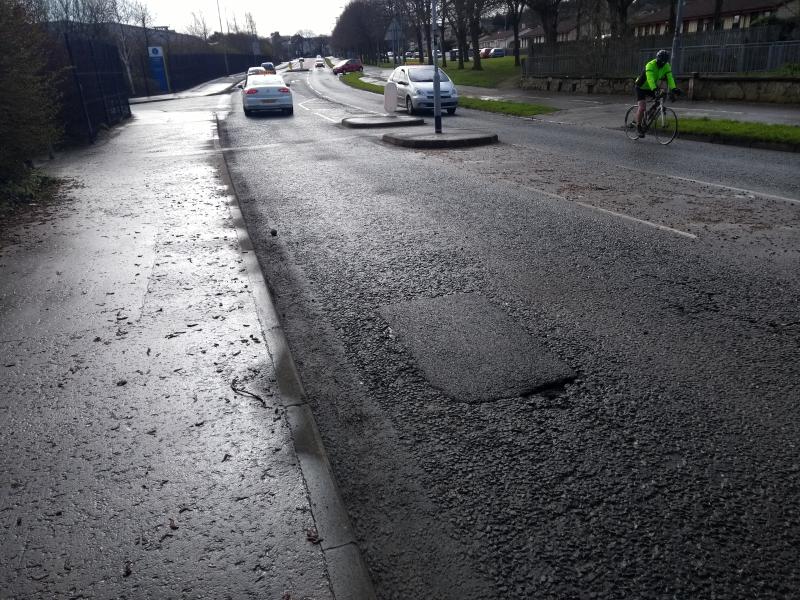 Drivers in Derry have expressed anger about potholes which have “wrecked” their vehicles in recent weeks. Members of the public voiced their concerns about potholes the size of “craters” on the Northland Road and Glengalliagh Road. One local said the pothole on the Northland Road was like the “Grand Canyon” and there would soon be helicopter tours over it. These specific potholes were reported to the Department for Infrastructure which has since taken temporary measures to fill them. However, similarly problematic potholes are causing issues for drivers in other parts of the city. It has prompted people to ask whether enough is being done to effectively upgrade roads. Heavy rain and the use of salt on the roads over winter has “exacerbated” the problem, it has been claimed. SDLP Councillor Shauna Cusack has encouraged the public to pursue compensation following any damage to their vehicles by potholes. “Any road user will be more than aware of the poor condition of many surfaces in the City and District as a result of ever growing pothole problem. I have reported quite a few concerning ones in my own Foyleside constituency. “According to the Department (TNI) there is a certain ‘criteria’ regarding the size and depth the hole has to be in order to get immediate attention, which is frustrating for any road user. This issue has been greatly exacerbated in the past few weeks by the poor weather conditions and increased use of salt which have caused new damage or increased the size of existing holes. “While Transport Ni are actively trying to deal with the problem, like all Departments they are stretched budget wise. However, their financial shortcomings should not mean that road users are out of pocket.” She added: “I have reported a number of these hazards and I'm glad that the public are also doing the same, however many people are unaware that they may be able to claim compensation from the Department for any damage to their vehicle as a result of a defective surface. “Any claim will be thoroughly investigated by the Department and they will ultimately have the final decision if compensation is due. I would encourage anyone who finds themselves in this position to collate as much evidence as possible with pictures of the cause and of the damage to your car. “Advice and claim forms can be found on the NIDirect website or you can contact your local office Claims Unit at Orchard House or call 03002007810. Meanwhile, I would encourage people to continue to report as these hazards could cost a life never mind a damaged car.” The DfI was asked how much has been paid out to motorists in compensation over the past year and to provide a figures showing how many potholes need filled the  in Derry City area.  It did not provide a response by the time the story went to press. Photo: Following complaints the DfI temporarily filled potholes on Northland Road.
ADVERTISEMENT - CONTINUE READING BELOW