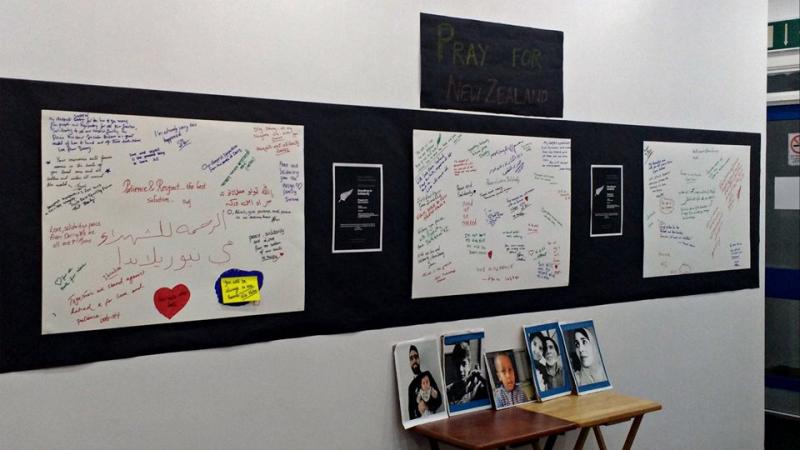 Events were held in Derry and Dublin at the weekend to remember the fifty people murdered in the New Zealand mosque attacks and to show solidarity with the local Muslim community.
In recent days many of the dead have been laid to rest after the worst terrorist attack in the country’s history.
The youngest victim was just three years old. As of 21st March, 28 of the 42 injured remained in hospital.
The attack was motivated by hatred of Muslims, but its result was an outpouring of love and support in a heartbroken country.
Thousands of non-Muslims have since attended a mosque for the first time; school students performed a haka for the fallen; non-Muslim women, including prime minister, Jacinda Ardern, donned headscarves; and across the nation, New Zealanders pledged to form a human chain around mosques to protect those who prayed.
In Derry, the North West Islamic Association (NWIA), held an event on Friday to Stand in Solidarity with the victims by saying prayers and sharing messages of hope.
People of different religions from the city stood together to share their thoughts on a wall of condolences which will be sent to the New Zealand Consul in Belfast.
Zahid Bahli of the NWIA told the Derry News the terrorist attack was a "tragic incident that shook the world".
Friday's event was "good", he said, and well attended by the local community.
"There was decent number of local community who came to show their support for victims in NZ mosque shooting.
"Our main purpose was to send the message of Love and Peace from this part of the world. This was a tragic incident which shook the world."
He added: "There were mass funerals for 26 people in New Zealand on Friday. It is not normal in any country's history."
It was hoped that the final spaces on the wall of condolences would be filled yesterday before being sent off to Belfast.
In Dublin, a student group, Calling All Allies, also organised a demonstration at Dublin’s Spire on Saturday to highlight Islamophobia and far-right extremism in the aftermath of the attacks.
The event marked lives lost in Christchurch, drawing student organisations together, including LGBT+ societies and other human rights groups, to consider issues of hatred that affect the student body in Ireland.
ADVERTISEMENT - CONTINUE READING BELOW