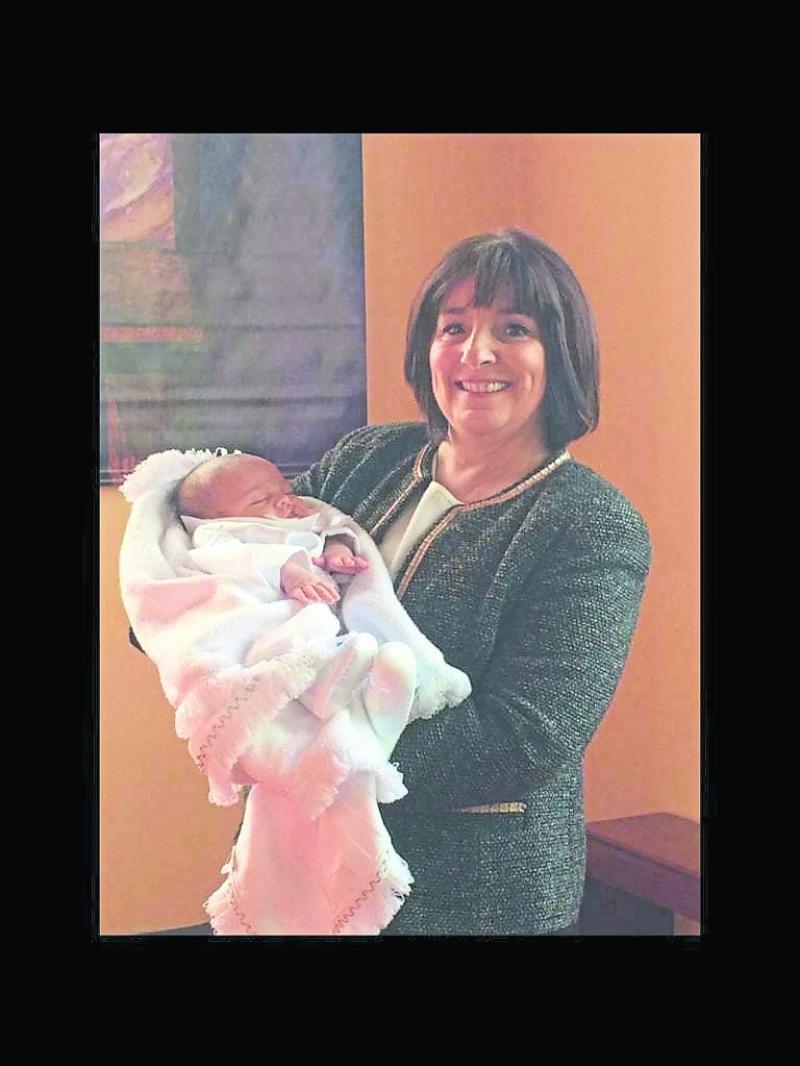 A Derry woman who was diagnosed with cancer just a few years after her mother died from the disease is undertaking a huge fundraising effort to help find a cure. Adelle Moore’s mum Gabrielle (pictured) found out she had bowel cancer in April 2014 and sadly passed away just three months later. Adelle was still reeling in shock from what happened when she too was diagnosed with cancer last year. “It was a big shock when mammy found out,” she recalled. “There wasn’t anyone else in the family who had bowel cancer expect for a great aunt. “At first we were told she had five years to live but she had an operation to put a stent in to widen her bowel and it didn’t go well. “She ended up having emergency surgery to remove her bowel because it had ruptured.” The 58-year-old’s family were told her life expectancy would now be around six months, but she sadly died just three months later. Gabrielle was survived by her four children and her brothers and sisters, having lost her husband before Adelle was born. After her mother passed away Adelle took a year-long sabbatical from her job in recruitment and went to Australia. The 33-year-old returned to Derry last year and shortly afterwards found a lump in her breast and was immediately referred for further tests by her GP. “I thought it must be nothing and I was too young to get cancer,” she said. “Years ago it seemed to be something that happened to older people.” Adelle underwent a lumpectomy and had radiotherapy to make sure the cancer cells were completely destroyed. “I was lucky that my sister lived in Belfast so I was able to stay with while I got my treatment. “I finished the radiotherapy at the end of last year and touch wood I’m now cancer free.” Just days after her diagnosis Adelle attended the Relay for Life event at St Columb’s Park as a spectator. “I had a few friends and family members taking part last year so I went over to watch. “It was only a week or so after I had been told I had cancer and I hadn’t found out too much at that point.” This year she is returning to the Relay with her own team who supported her illness. “I decided it was time to start giving back. “Everyone knows what cancer is, but you don’t really know until it happens to you or someone in your family. “It was a tough time for everyone when it was soon after my mammy. “My sister Martina was on her honeymoon when she found out and she jokes now that I owe her a honeymoon. “I have good friends around me and there was always an aunty on hand for support. “I want to say a special thanks to all my family and friends that helped me especially Martina and her husband Declan, and my aunt's Carol, Jackie and Breege.” Adelle has also pledged to take part in the survivor’s lap at the relay, which celebrates the journey of people who have survived the disease. As well as undertaking fundraising duties Adelle has also decided to change her career and recently started a new job as a dental nurse. “It was always something I wanted to do and it was just like going to Australia where I thought ‘I’ll do it now and get it out of system’. Adelle’s Relay for Life team ‘Hakuna Matata’ held a charity coffee morning on Gabrielle’s birthday, March 23 and  has already raised an amazing £2,500. Last year’s ‘Legenderry Relay for Life’ raised an impressive £181,000 for Cancer Research UK. The 24-hour event took place at St Columb’s Park and attracted 53 teams from across the city. This year the organisers hope the relay, which is the only one of its kind in the north, will be extended to teams from outside Derry. It's not too late to enter a team or take part in the opening lap as a cancer survivor. For more information see the Relay for Life Legenderry Facebook page or log on to  www.legenderryrelay.co.uk where there is a link to the Relay for Life sign up page. To donate to Adelle's fundraising mission use the link below. http://relay.cancerresearchuk.org/goto/adellemoore (The late Gabrielle Moore is pictured above with her grandson Zack)
ADVERTISEMENT - CONTINUE READING BELOW