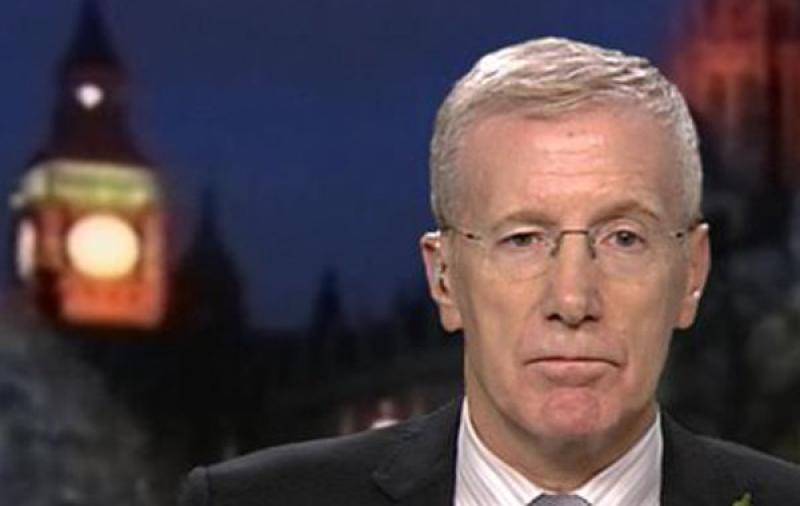 Sinn Féin has said it will “take no lectures” from Gregory Campbell after the DUP politician questioned the role of Martin McGuinness on Bloody Sunday and criticised the PSNI for its “failure” to question him. The comments were made following the publication of an article by the East Derry MP last week in which he said, “whatever prejudiced and partisan commentators may attempt to convey” about Bloody Sunday “the truth about events on that day will probably never be known.” Reference was made by Mr Campbell to two RUC officers, 26-year-old Peter Gilgunn and 20-year-old David Montgomery, who were shot and killed as they drove along the Creggan Road on January 27, 1972. He went on to say: “The fate of the soldier about to face trial is for the Court to decide, but one of the most startling and appalling indictments of our legacy system is this, following the release of the Saville Report I wrote initially to the Police to establish if based on the Saville findings, soldiers were going to be questioned with a view to possible prosecutions given the reference in the same report to Martin McGuinness probably having a machine gun in his possession, and the fact that two police officers were murdered in the vicinity, around the same time using the same or similar weapon, did they intend to question Mr. McGuinness also?” Mr Campbell explained that he was in correspondence with senior members of the PSNI, including the Chief Constable, for over two years but they “repeatedly declined to indicate whether they intended to question McGuinness about the issue.”  The matter was then brought to the Police Ombudsman in August 2016, but five months elapsed, and no decision was communicated to the DUP politician. The former Deputy First Minister and Sinn Féin leader passed away on March 21, 2017.  Yesterday he was remembered by family, friends and former colleagues at the Chieftain’s Walk where thousands made their way from Ebrington Square to the Ryan McBride Brandywell Stadium. In response to Mr Campbell’s comments, a Sinn Féin spokesperson said: “We’ll take no lectures from Gregory Campbell regarding Martin McGuinness. “The thousands of people who paid tribute to him at the Chieftains Walk (at the weekend) are testament to the high regard in which he is remembered in this city and around the globe.” Assistant Chief Constable George Clarke also answered allegations that the PSNI had failed in its duty to question Martin McGuinness. He commented: "Following the publication of the Saville Enquiry an investigation was commenced into the actions of a range of people involved on Bloody Sunday. “The lengthy and complex investigation into the events of 30 January 1972 sought to painstakingly identify tangible and admissible evidence, evidence which was subsequently submitted in its entirety to the PPS. “Whilst there are ongoing legal proceedings it would not be appropriate to comment further at this time." ‘No onus’ Meanwhile, the Police Ombudsman’s Office confirmed that it received a complaint that police had failed to provide information about its investigation into the circumstances of Bloody Sunday, and particularly about a “specific line of enquiry” from Mr Campbell. A spokesperson added: “The Police Ombudsman found that there was no onus on police to provide information about its investigations, and did not uphold the complaint. “This Office has and does deal with allegations of failure in the police investigation of events, and that individuals may have been protected from justice. The complaint we received in this instance made no such allegations. “The Police Ombudsman can also call himself in to investigate a matter without there being a complaint. Those tend to be instances where he has become aware of information which has not otherwise been dealt with but which he believes should be investigated. “In this instance, we did not receive such a complaint, nor were we given any information which the Police Ombudsman believed had not already been dealt with.”
ADVERTISEMENT - CONTINUE READING BELOW