Local councillor says investment in Derry's sewerage system a necessity after NI Water advises Creggan Heights residents to 'You need to bin it, not flush it' 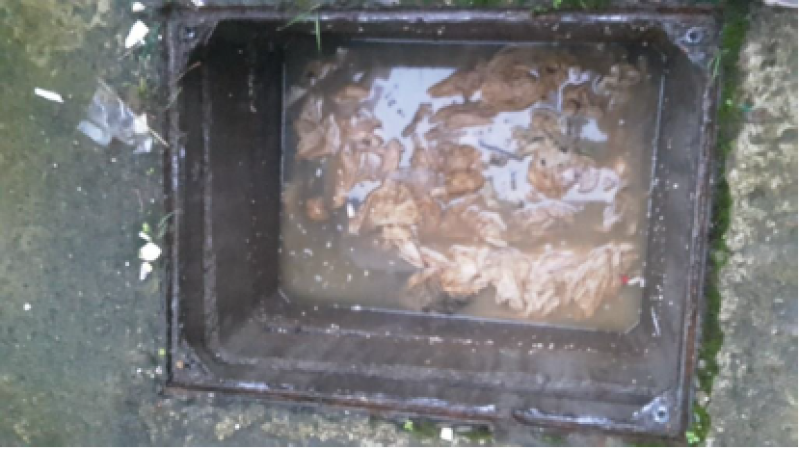 A local councillor has said investment in Derry’s sewerage infrastructure is required after NI Water attributed recent flooding incidents in Creggan Heights to residents flushing unsuitable items down the toilet. NI Water has this week advised locals “you need to bin it, not flush it” and, while Independent Councillor for the Moor area Gary Donnelly agreed with that guidance, he pointed to the need for “properly resourced” infrastructure to cope with the growing demand on the sewerage system. A spokesperson explained that workers were called to Creggan Heights recently to tackle a severe blockage of wipes and rags. The incident was one of many in five months involving out of sewer flooding in the area. In November 2018, following reports of a blocked sewer, staff found an “unbelievable amount of wipes in the sewer” and the company received further reports of out of sewer flooding in Creggan Heights following a period of heavy rainfall this month. At the time, a local man whose child has severe autism expressed concerns about delays in resolving the issue which meant his child wasn’t allowed outside to play.  And an elderly gentleman with a walking stick was unable to get to his daughter’s house because of sewage on the footpath. An NI Water team eventually attended the area and cleared a large blockage from the sewer.  The blockage was a ball of rags, made up primarily of baby wipes and sanitary items.  This ball of rags, combined with the heavy rainfall, caused the sewer to overflow. Gavin McCready, sewerage manager for the area commented: “This incident is an unwelcome reminder of the unpleasant impact of putting the wrong things down the sewer.  The most common cause of blockages are baby wipes and sanitary items. “To provide a sense of scale, a trunk sewer pipe, which takes wastewater from hundreds of homes, can be in the region of 300mm in diameter. A pipe coming from the home is much smaller, measuring only 100mm in diameter and can easily block when inappropriate items such as wipes, cotton buds and sanitary ware are flushed. “These items are designed to absorb water and as such they do not break down the way toilet paper does. If enough customers are flushing them at one time, the chances of a blockage is quite high. In fact, we deal with hundreds of blockages each year caused by these very items.” Independent Councillor Gary Donnelly said: “I would call on residents to heed this advice as it is good sound practical advice. We need to become more environmentally friendly. However, there is a feeling that like other areas of infrastructure, sewage and water has been underinvested in. “We need to invest in this area given the housing growth and potential housing growth in this area. Water is very important and every aspect of life depends on it. We need properly resourced infrastructure to support a thriving population. “Failure to do so could impact on service, the economy and environment.” A further CCTV investigation is due carried out to check everything is running clearly, the NI Water spokesperson concluded.
ADVERTISEMENT - CONTINUE READING BELOW