Bloody Sunday: Belfast protest in support of Soldier F has been cancelled 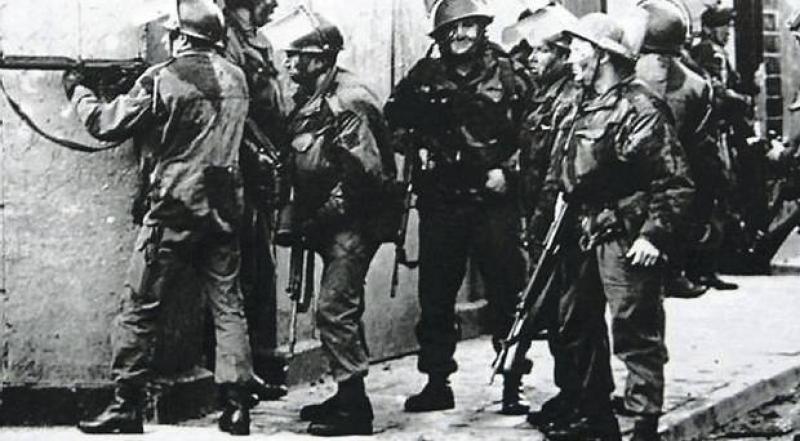 A motorcycle cavalcade protest aimed at supporting a soldier to be charged with murder in relation to Bloody Sunday has been cancelled.

The protest scheduled for Belfast on April 12 had been organised by a group of British Army veterans calling itself ‘Rolling Thunder Ride N Ireland.’

An application for a convoy of up to 100 motorcyclists to drive through Belfast had been made to the Parades Commission. Organisers had planned for the two-hour long demonstration to end at Stormont.

Soldier F is due to be charged with two counts of murder and four counts of attempted murder over Bloody Sunday following an announcement by the Public Prosecution Service on March 14.

The Parades Commission had been due to adjudicate on whether the demonstration would be allowed to go ahead tomorrow (Tuesday, April 2).

However a spokesperson for the Commission has said: “The motorcycle parade by ‘Rolling Thunder Ride N Ireland’ originally planned for Belfast on April 12 has been cancelled by the organiser and the notification has been withdrawn.”

Another protest by a group calling itself the Northern Ireland Crown Forces Veterans for Justice is however planned to go ahead in Belfast on April 27 at Belfast City Hall.

The Parades Commission however cannot make a determination on this demonstration because it is deemed as a ‘static’ rally and nothing within the remit of the Commission to adjudicate on.